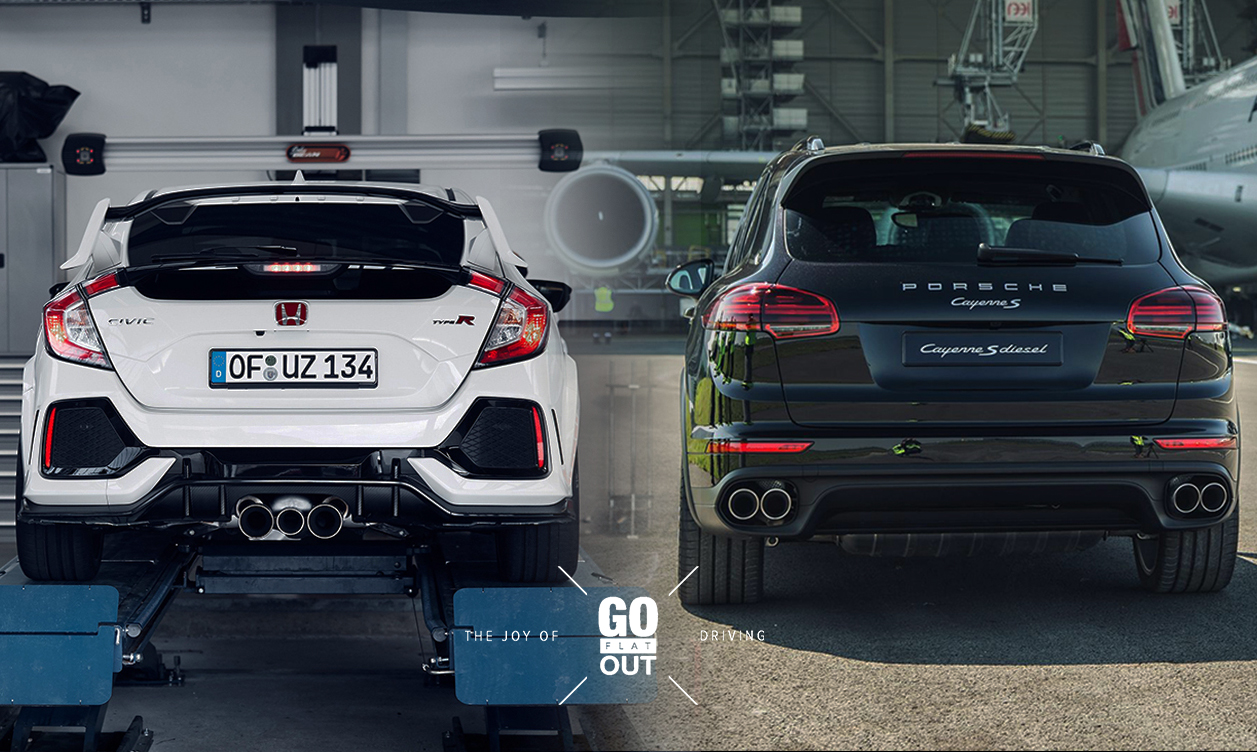 The Honda Civic Type R completed the long twisty track in 7 minutes 43.8 seconds, which is 6.83 seconds faster than the previous FWD record holder, the 2015 Honda Civic Type R. Despite having the same engine as the previous generation Civic Type R, Honda has made refinements to its 2.0 liter Earth Dream VTEC Turbo petrol engine, still producing 320 hp and 400 Nm of torque to the front wheels. Contributing to the impressive lap times are improvements to the 6-speed manual transmission, which has shortened ratios for quicker acceleration, better aerodynamics for an optimum balance between downforce and aerodynamic drag, a 38% improvement in chassis rigidity, and its new rear independent multi-link suspension, in contrast to the previous generation’s somewhat archaic but well tuned torsion beam rear suspension.

The Civic Type R that was used in the Nurburgring is fitted with a roll cage for safety purposes, but Honda says this did not improve its rigidity, so that it represents the production car through and through. Compensating for the added weight of the roll cage is the removal of the Display Audio infotainment system and rear seats. The Civic Type R, however, used street legal, track focused tires for the Nurburgring record setting.

The Porsche Cayenne is an impressive luxury SUV from the German sports car brand. It combines the driving dynamics of a Porsche while still being practical and capable off road, but the Cayenne was a lot more impressive than we think thanks to the Cayenne beating a Guinness World Record.

The Porsche Cayenne pulled the world’s largest passenger aircraft, the Airbus A380 superjumbo, which belonged to Air France. The superjumbo is 73 meters long, has a 79 meter wingspan, carries 516 passengers in Air France’s seating configuration, and weighs 285 tonnes. The A380 is 115 tonnes heavier than the previous record holder, which is an Ilyushin IL-76 pulled by a Nissan Patrol in 2013.

Richard Payne from Porsche Great Britain said, “We don’t usually go this far to test the limits of our cars but I think today we got pretty close. I could tell that it was working hard but the Cayenne didn’t complain and just got on with it. My mirrors were quite full of Airbus, which was interesting.”

Porsche is no stranger to world records. The Porsche Cayenne Turbo S became the faster SUV around the Nurburgring, completing the entire track in under 8 minutes.