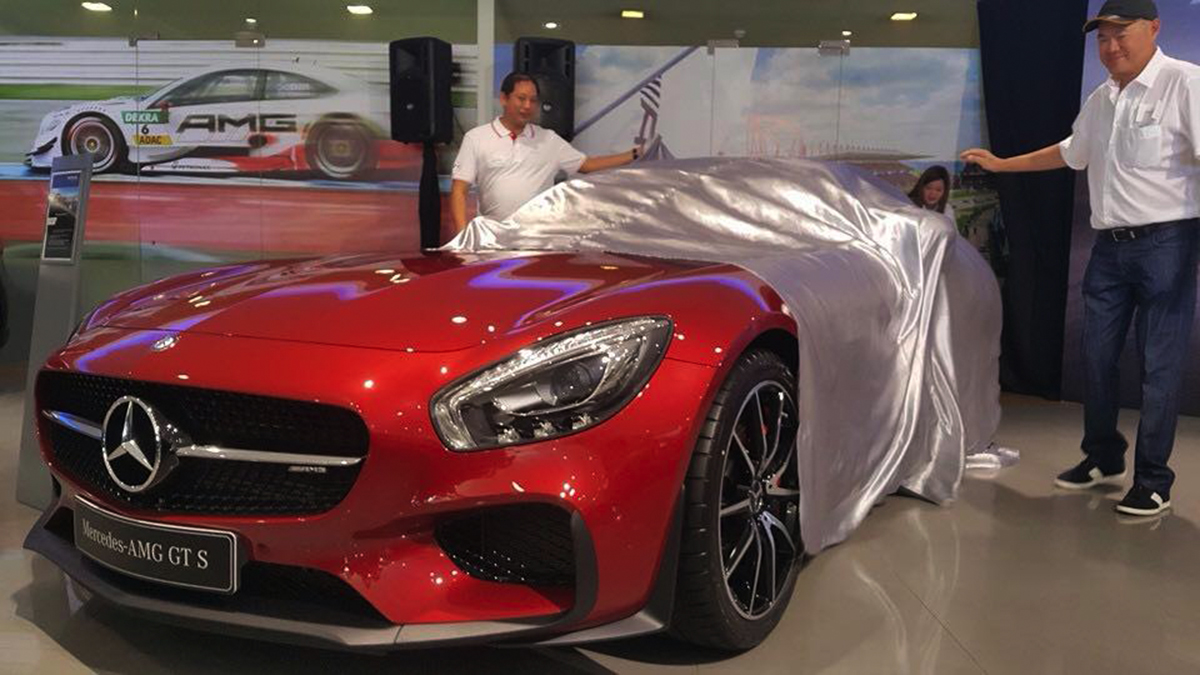 The Mercedes-AMG GT is a stunningly beautiful car. When Mercedes-Benz ended the production of the SLS AMG, we were initially a bit sad for its death. My emotions didn’t get better when Mercedes-Benz announced they will create a smaller, lower priced sports car to replace the SLS, but when it came out, it was all worth killing the SLS AMG’s life. Say hello to the Mercedes-AMG GT in its more powerful S variant.

The skunkworks at AMG decided that the successor to the SLS should be a Porsche 911 competitor, and that brought a lot of good things to the Mercedes-AMG GT S. Its dimensions are smaller, but it also meant it was a lot more agile than the SLS AMG. Also, the SLS AMG’s gullwing doors meant midgets will have difficulty closing the doors. This new AMG GT S now has a more sensible door design. In terms of design, well, I don’t need to talk further. The AMG GT is a much more good looking car than the SLS AMG. The way the lines flow toward the front give it an elegant yet aggressive and dynamic silhouette. The same story applies in the inside as well. Take note that the Mercedes-AMG GT S is designed to compete with the Porsche 911, but judging by the interior design, is it really aiming for the Porsche, or something much more exotic?

With this being the GT S model, this is powered by a more powerful state of tune of AMG’s 4.0 liter twin turbo V8 engine. Whereas the “stale” GT produces 462 hp, the S model produces 510 hp, which brings this car from 0-100 km/h in 3.8 seconds. Flat out, (pun intended), it’ll do 310 km/h. Power is sent to the rear wheels via a 7-Speed AMG Speedshift Dual Clutch Transmission.

The Mercedes-Benz SLS AMG had a few lasts for Mercedes-Benz. The SLS AMG became the last AMG to have a naturally-aspirated engine, and with the AMG GT being turbocharged, the time to wave our last goodbyes to the naturally aspirated AMG V8 engine has officially came. You truly will be missed.

Anyway, back to the AMG GT S. For all this beauty and power, it certainly doesn’t come cheap, at P14,380,000, but considering what it rivals, and the way the AMG GT S drives and attracts passer bys, it is every bit as worth it. Prepare thy checkbook!

0 comments on “Release Thy Checkbook! The Mercedes-Benz AMG GT S Is Here!”