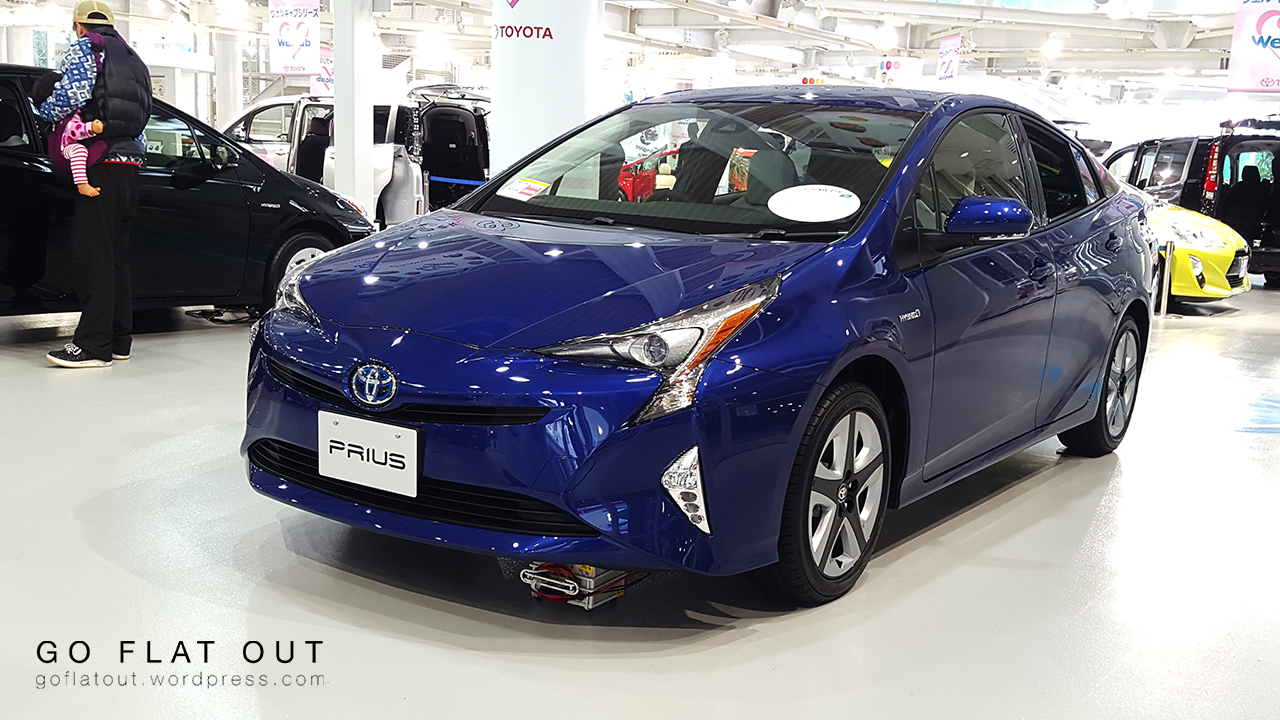 Toyota MEGAWEB in Odaiba held the Japanese premiere of the all-new Toyota Prius. Aiming to break the boring image of the previous iterations of the Prius, this new one promises to be exciting to drive and, at least in Toyota’s eyes, look exciting as well.

First and foremost, immediately noticeable about this new Prius is the striking design of the all-new Prius. It surely is attention grabbing, but the jury is still out if the Prius is a good looking car or not. For me though, it looks good on certain colors and angles, and also kinda ugly on certain angles and colors. There’s a mishmash of contours, curves, arches, and creases, that sometimes don’t really harmonize well with each other. I know Toyota is trying to break the boring mold here of the previous generations, but for me, the previous generations of the Prius looked properly futuristic. As we go through this article, we will be able to identify why the Prius will still be a love-it-or-hate-it car, and it’s not just because of the looks.

Build quality overall is excellent, and the materials used now are top notch. Soft touch padded materials have been predominantly used in the cabin, but in the lower parts of the cabin, the plastics still feel low rent and cheap. The overall interior design feels like a spaceship. It has weird shapes and floating effects here and there, and there’s even this weird white porcelain effect thing that looks like a toilet bowl, which is something makes the cabin more interesting, but not exactly sure if it makes it look good. As before, the new Prius will really let its occupants know you are driving a hybrid, with all these futuristic digital gauges on the top of the dashboard, and other gadgets scattered across the cabin.

The all-new Prius is still  powered by a 1.8 liter petrol engine, but it has now been overhauled to have 40% better thermal efficiency, which means that the fuel being pumped into the engine is actually used to produce power, and not wasted through heat. Simply increasing an engine’s thermal efficiency can already do wonders to a car’s fuel efficiency, and thermal efficiency has always been man’s greatest challenge when developing a combustion engine. On its own, the engine produces 95 horsepower.

In the pursuit of making the Prius a more fun car to drive, the torsion beam rear suspension has now been replaced by a more sophisticated double wishbone rear suspension. This should make the Prius have better handling capabilities and a better ride compared to its predecessor. For the Japanese market, there is an option for an E-Four all wheel drive system for the Prius.

If you’re Filipino, most probably, you will read this acronym as “tanga”, which means stupid, dumb, or foolish. Kidding aside, the Toyota Prius debuts their new scaleable, modular platform which will be used in future Toyotas, and this new platform is neither stupid, dumb, nor foolish. Having a scaleable modular platform means that the company will be able to save money from development costs, but also, it will increase flexibility in how many new cars Toyota will be able to produce. Various Lexus and Toyota vehicles in the future will soon utilize this platform, and this platform can accommodate front, rear, and all wheel drive platforms. The next car that will utilize this platform will be the production version of the Toyota C-HR compact crossover, which will soon be released in the upcoming 2016 Geneva Auto Show.

In the mid-2000s, the Toyot Prius has had a sort of trendy image that sets you apart from many people. Celebrities even owned a Prius, because they think that the Prius is a hip and cool car, with its hybrid system that is sophisticated for its time, especially since it was only Toyota, Honda, and not even the luxury brands, had a hybrid system in its vehicles, and then of course, there are those people who drives their Prius proudly with their smiles right up to their ears. Because they are driving a hybrid, these people already think they are doing good for the planet, while us people who drive normal cars are already satanist drivers who think we don’t care about emissions and all this shit. We still care about the environment. I, for one, even participate and organize mangrove planting events and coral reef management and exploration events back in the Philippines, and I don’t have a hybrid, because hybrid are crazy expensive in the Philippines. It only becomes a bad thing once they think they are already better than everyone else because they think they are superior beings.

Then, there’s the people who will still hate the all-new Prius. Sure, it’s now a sportier car to drive, and it looks more exciting (not necessarily good looking) than ever, and that’s a good thing, but there are things that just seem too much. For instance, to make it more exciting to people, Toyota has released a video showing a video wherein a Toyota Prius does crazy driving moves, even to the point of “drifting” or “powersliding” the Prius, while at the end, a green plant grows at the road the Prius has driven in. I think Toyota knows this. They clearly know that the Prius is not appreciated by driving enthusiasts, but to be honest, I have a certain soft spot for the Prius’ quirkiness as a car.

The Toyota Prius is an excellent car, with plenty of eco-friendly bragging rights to satisfy Captain Planet, such as its claimed 52 MPG average fuel consumption, and of course, that’s not a bad thing, and then there’s the car enthusiasts who still think that the Prius still isn’t an enthusiast’s car, and for this generation, the Toyota Prius will still remain as a love-it-or-hate-it car, no matter how desperately Toyota tries to market it in exciting ways to entice a greater audience.

0 comments on “Go Flat Out In Japan: A Detailed First Look At The All-New Toyota Prius”