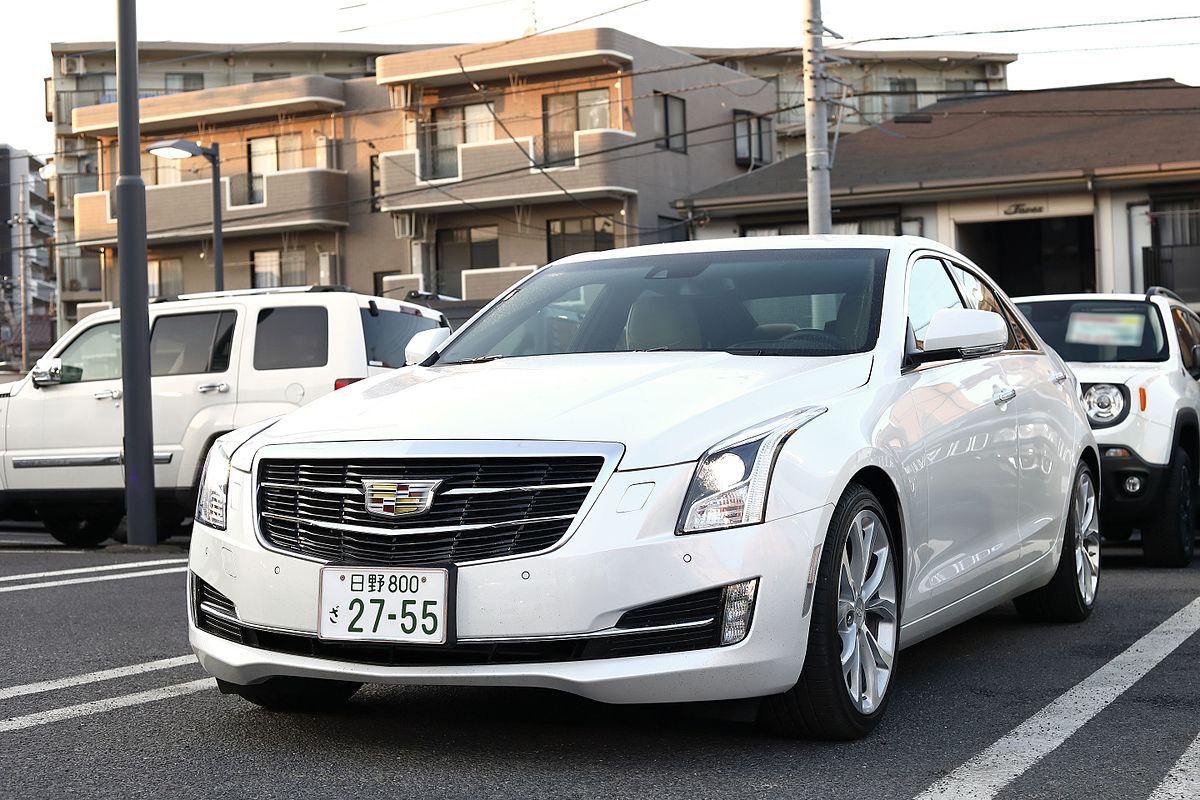 I’ve been to Japan numerous times, and one thing that struck me was, why are there only a few American cars in Japan? Considering the fact that 39% of cars sold in the US are Japanese, and 90% of the cars sold in Japan are, well, their local brands, are Japanese simply a lot more patriotic than we think, or are there government policies in Japan that protect Japanese carmakers in general?

Well, it’s more complicated than that. Ford pulled out of the Japanese market in 2016, selling only 5,000 cars annually, while GM managed to only sell 1,000. At the surface, that may be the case, but in Japan, there’s a good number of European luxury cars seen in the streets of Tokyo. As a matter of fact, there’s a higher chance of you seeing a Mercedes-Benz rather than a Ford.

In general, imports from the EU grew five percent between 2013 and 2016, with 251,115 cars while imports from the U.S. shrank by 15 percent for the same period, to an abysmally low 19,933 cars. Mercedes and BMW saw their sales growing by 60 percent and 23 percent respectively between 2012 and 2016. So, if European car sales are going strong in Japan, it’s clearly not due to government protectionist policies that’s making American cars a hard sell in Japan.

“The last time Shujiro Urata wanted to buy a new car in Japan, his phone happened to ring. It was the local Toyota dealer on the phone, asking him if he was thinking about buying a new car. When he replied in the affirmative, the dealer and a coworker showed up at Urata’s doorstep an hour later with two demo cars, which Urata and his wife test-drove around the neighborhood. The Uratas decided to buy a car from the dealer. The dealer also handles their car insurance, coming to their home whenever the insurance contract needed to be renewed. The Uratas bring in their car to the dealer every few weeks for a free car wash, where they hang out and talk to the employees, who have become their friends, about dog breeds and family birthdays.“

Dealers are your best friends in Japan, not like some pricks in the Philippine dealership system trying to milk money off from your wallets by doing unnecessary dealer services or tricking you to sign up for unnecessary insurances and accessories (junk as we call it) when all you wanted is to own the latest, highly on-demand cars, just for dealers to gain profits. Dealers in the Philippines are the perfect example of corporate greed. It is a hot mess and a hodgepodge of horror preventive maintenance stories and poor customer service. You only need to see a Raffy Tulfo show thingy just to see how bad the country’s dealership system is.

This is what American car companies are not willing to invest in Japan. The American dealership system, which is similar to the Filipino dealership system, wherein it is you who visits the dealer, is not a business model that will work to Japanese customers. Japanese customers also expect to receive services like free maintenance from their dealers after they buy their cars. Domestic brands in Japan even go the extra mile, offering customers the choice if they want their cars to be picked up from home, do maintenance work on them, and then returns it at their doorstep. American dealers don’t offer such services, because developing and maintaining such a network is expensive, and that’s one reason U.S. car makers decided to withdraw from the Japanese market.

This is in contrast to the European brands doing well in Japan. An article from Carscoops reports about BMW’s decision three years ago to double its efforts in the Japanese market, spending $675 million to refurbish its dealer network. “In Japan, everything is about hospitality.” Peter Kronschnabl, the CEO of BMW Group Japan and the chairperson of the European Business Council’s Automotive Committee and the Japan Automobile Importers Association, said. “If you are not into this, it will be very difficult to succeed in the Japanese market.”

There is a car manufacturer that’s an exception to the rule, however. American luxury electric car manufacturer Tesla Motors is known for its excellent customer service, and one of the reasons behind it is due to the fact that Tesla owns all of its dealerships. It’s such a good business model, in fact, that dealers in the USA are pushing the government to ban Tesla’s business model, and with some certain level of success in doing so in some US states. It’s a business model that’s almost certain to make customer prefer Tesla’s direct selling business model, because it gets rid of the hot mess that a third party operated dealership normally has, since all complaints are direct addressed by the car manufacturer itself. Because of this business model, Tesla has services like picking up the customer’s car from home for a preventive maintenance, or because Teslas don’t have a combustion engine, being an electric car in the first place, preventive maintenance service is being done at home, not just in Japan, but in any country where a Tesla dealer is present.

So it’s not that Japanese people don’t like American cars. During my last visit in Japan a year ago, there were a few number of American cars there, mostly high performance ones like Mustangs, Camaros, Corvettes, and large SUVs like Escalades and the like, and all are in left hand drive. Japanese law does not require a vehicle to be right hand drive, which is why you’ll often see left hand drive European cars there, too. The next time you see an imported second hand European luxury car from Japan at your local second hand car shop that’s left hand drive, there’s a good chance it isn’t one of those BMWs with shoddy build quality due to questionable steering conversion made locally.

2 comments on “Why Do Japanese Buy Few American Cars?”