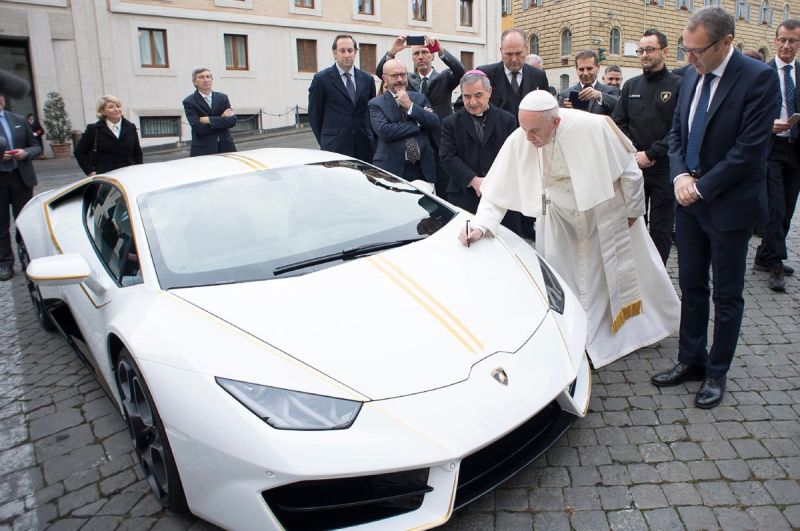 The Pope receives a new, special edition Lamborghini Huracan LP580-2, the RWD variant of the supercar from the manufacturer based in Sant’Agata, Bolognese, Italy.

If you think that the Pope is now going ostentatious, don’t worry, he didn’t buy the car. It was donated to him by Lamborghini themselves, but the Pope decided to auction the car, with all proceeds going to charity, with some of the proceeds to be donated to help rebuild homes and churches on the towns of the Nineveh Plains in Iraq, and some will be offered to help sex-trafficking victims and development projects in Africa.

Lamborghini customized the Huracan through its Ad Personam customization program to match the Pope’s garments, and of course, a good photo op is obligatory. Signing the car’s hood will surely raise the car’s value even more.

The Lamborghini starts at US$200,000 in the USA, but is sold through Lamborghini Manila for upwards of P20 million. Blame our exorbitant taxes on that.

0 comments on “Pope Francis Receives A Snazzy New Lamborghini Huracan, Puts It Up For Auction”