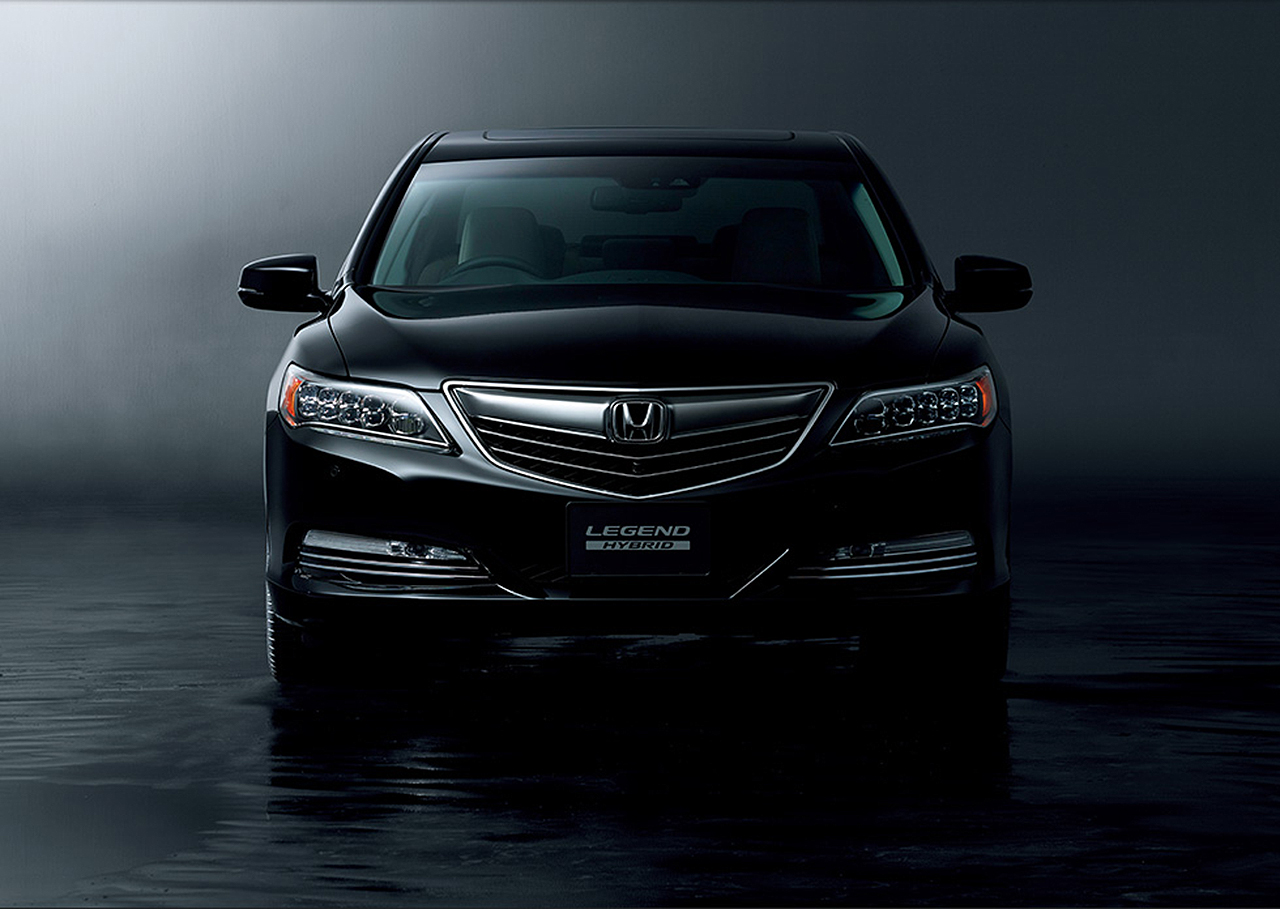 The Honda Legend is Honda’s flagship sedan, and being a flagship of a company, it always and should be, brimming with the latest and greatest features the company could only offer. To older people, this isn’t actually the first time Honda Cars Philippines Inc. brought the Legend to the Philippines. They first brought the Legend in the 1990s, and once again, at the brand’s 25th Anniversary in the Philippines, they are trying once again to prove that Honda can compete with other premium full-size sedans, but at the price of a premium midsize sedan.

Most car enthusiasts will recognize this fifth generation Honda Legend as an Acura RLX in the USA. Compared to the American version, there are neat styling details to the Legend, and they are for the better, with the most noticeable being the LED foglights. The Honda Legend’s styling is different from other new Hondas. The design is dignified, conservative, and authoritative. Classy, even, and it certainly must, as buyers at this price point expect no less. Jewel-eye full LED headlamps with lenses that mimic the sparkle of jewels and full LED tail lights elevate the car’s presence at night, while in the daylight, conservative lines mean that while it may not be as bold as a Lexus GS 350, in which it is priced similarly to, the Honda Legend is a large sedan that certainly won’t disappoint.

Inside, the Legend’s cabin is full of premium details and amenities. Leather adorns the doors, dashboard, seats, and other points where the occupants commonly place their hands. The plastics used are of the premium quality all around. The hard plastics are hard to pin point in the vehicle. The rear seat is a bench for three people, unlike the two thrones most buyers opt for when buying a full-size luxury sedan, but the armrest can be placed down, and in it are controls for the power adjustable rear seats, climate control, and the car’s main entertainment system. Should the occupants want a concert inside the Legend, they may do so with pleasure to the ears, as sound is provided by a 14-speaker 450-watt Krell sound system. Krell is one of the best high end sound system manufacturers in the USA, and the sound system has been designed alongside the development of the Legend, which means sound quality and accuracy is perfectly tailored to all 4 or 5 occupants of the Honda Legend.

Honda has always been known for unorthodox engineering solutions to their car’s powertrain. Soichiro Honda has always diverged from the norm. Over the years, they have been staid in this respect, and became conservative in their powertrains, but the new Legend’s Sport Hybrid SH-AWD (Super Handling-All Wheel Drive) is an intelligent piece of engineering that Soichiro Honda would be proud to witness. The car has 4 power sources, a 3.5 liter direct-injected i-VTEC V6 engine at front, producing producing 312 hp and 369 Nm of torque, and three electric motors, one driving the front wheels, and the other two driving each rear wheel. All in all, the total system output is at 380 hp and 462 Nm of torque, comparable to the power of a V8, while claimed average fuel consumption is at 16.8 km/l, comparable to a 4-cylinder engine, and it is all mated to a 7-Speed Dual Clutch Transmission with a Torque Converter from a typical automatic, eliminating any lag on low speed driving.

Now, this is where the hybrid system gets crazy, so bear with me here. The hybrid system is actually more intelligent than the one found in the Porsche 918 hypercar. Each electric motor powering the rear wheels of the Honda Legend has a brain of its own. Let’s say the Legend is driving in a left turn curve. Unlike most AWD systems, SH-AWD has the capability to independently propel the left wheels backward, and the right wheels forward in order for the turning curve of the Legend to be supernaturally agile. All the electric motors do this independently, without the limitation of the power that the whole system can only distribute to the wheels, so if the electric motor powering the left rear wheel can send up to 100% of its power, it will do so.

Handling and ride is kept secure and stable. Those who are clamoring for the return of a Honda with a double wishbone front suspension, the Legend is your answer. At the rear, a multi-link set up, and the suspension of the vehicle in all 4 corners are independent and feature amplitude selective dampers that reacts to road conditions in order to deliver the best of both handling and ride.

Being a brand’s flagship, it is unacceptable if the vehicle isn’t offered with all the latest and greatest a brand has to offer. The Honda Legend is the first car to debut Honda Sensing, Honda’s suite of active safety technologies that keep the vehicle from having a collision in the first place. These active safety features include Blind Spot Warning, Collision Mitigation Braking System, Rear Cross Traffic Alert, Active Lane Keeping Assist (automated corrective steering inputs keep the car in the center of the lane), and an Adaptive Cruise Control with Low Speed Follow (similar to BMW’s Traffic Jam Assist, in which the car moves when the traffic flow moves, and it stops when the traffic flow stops, all on its own). A head-up display ensures that speed and navigation information is displayed right at the driver’s line of sight.

0 comments on “A Legend, Reborn: Honda Brings Back The Legend Name In The Philippines”