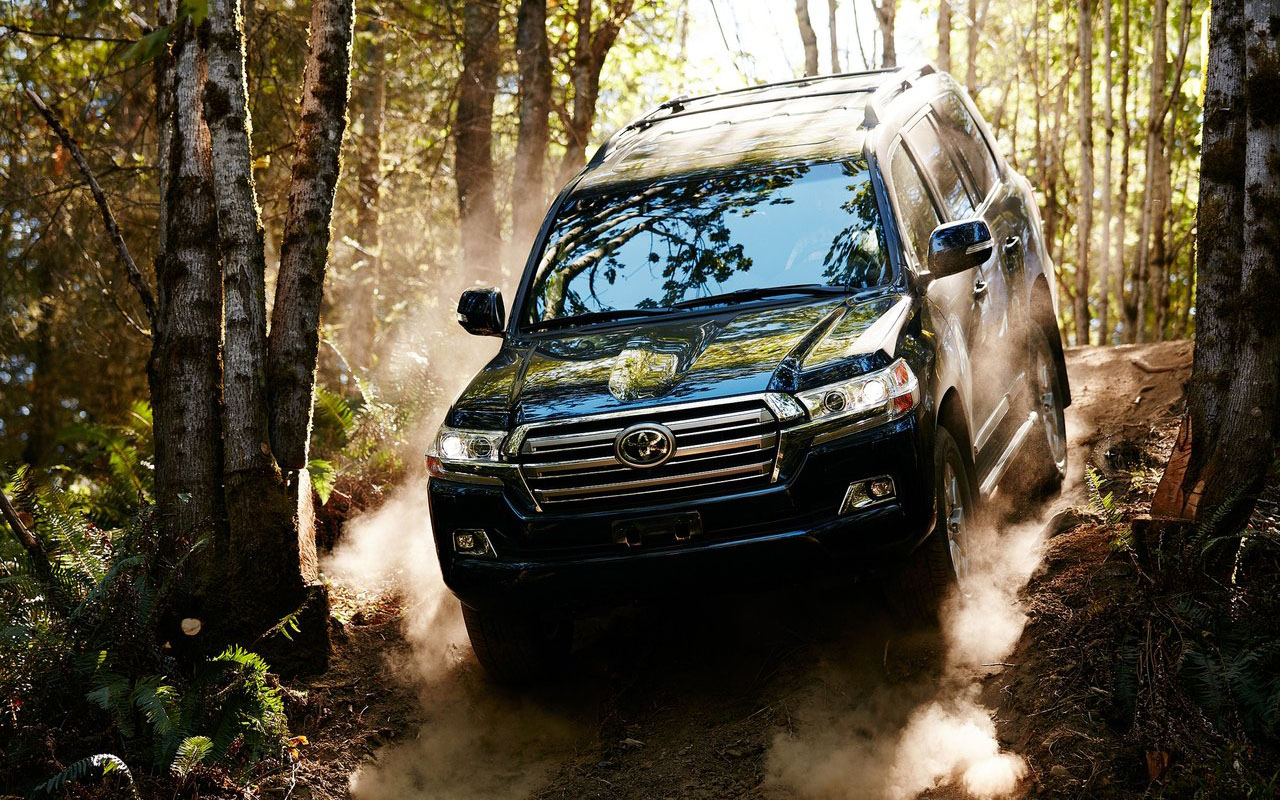 The facelifted Toyota Land Cruiser has just been launch by Toyota Motor Philippines Corporation, now including a Premium variant that includes many bells and whistles that weren’t offered previously in the Land Cruiser.

Changes on the outside are dominated by Bi-LED headlamps with LED daytime running lights, a chrome grille that cuts through the headlamps, and new rear light graphics done in LED tubes. The overall impression that the refresh has done to the Land Cruiser is that, it looks more modern, and more prestigious. The Land Cruiser has always been an embodiment of elegance and unparalleled durability, and this facelift should continue these traits from the Land Cruiser.

The Toyota Land Cruiser isolates you from the world outside, even when traversing floods and sand dunes. Inside, changes are made to the quality of the materials, and an overhaul of the car’s center stack. A new touch screen dominates the center stack, and a new cluster design for the automatic climate control modernizes the interior atmosphere of the vehicle.

Powertrain remains unchanged, still being powered by the 1VD-FTV twin turbo V8 diesel engine, producing 232 hp and 615 Nm of torque, and is mated to a 6-Speed Automatic.

In terms of safety and off-road features, the new Land Cruiser further takes it up a notch. CRAWL Control lets the Land Cruiser crawl through rocks and other tough terrain. Think of it as cruise control, but for the roads less travelled. A-TRAC, a traction control system which first appeared in the newly launched Hilux, Hill Climb Assist, Vehicle Stability Control, and Multi-Terrain Select are now featured as standard to the Premium variant of the Toyota Land Cruiser. Not that everyone will take their Land Cruiser off-road, but if they do, they’ll have the peace of mind that the vehicle they’re in is capable of tackling the toughest terrain.

Now that the elections are coming, expect to see plenty of these Land Cruiser on the road. Interested? Here are the prices of the new Land Cruiser. (+15,000 for the While Pearl paint)