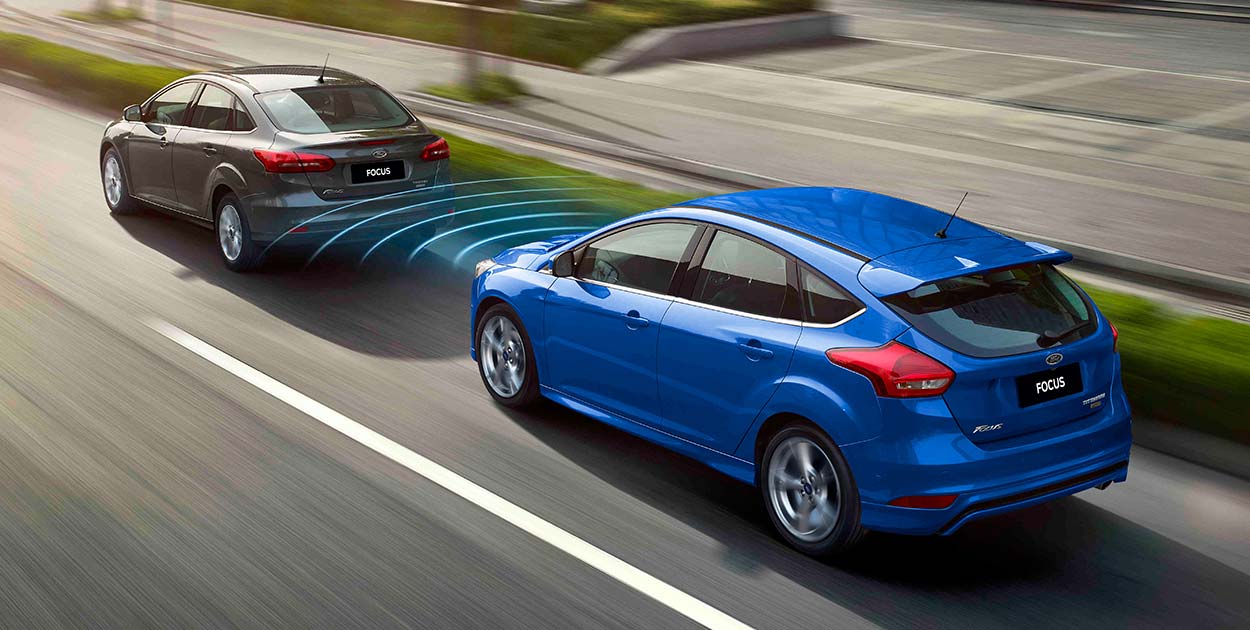 The exterior of the Focus is dominated by the new corporate grille which many say has been inspired from Aston Martin. No coincidence, since Ford used to own Aston Martin anyway. The new front makes the Ford Focus a more athletic looking car. Slimmer, more tapered headlamps make it look much more fierce and finally, the oversized tail lamps have been reduced, making the rear look much more handsome. The tail lamps of the sedan, meanwhile, in my opinion, looked better before. Nevertheless, the Ford Focus still remains to be one of the radically designed cars in its class.

Inside, improved interior materials and build quality has been made to keep it fresh and significant in such a fierce competition. Gone are the multitude of buttons around the center stack, now replaced by the introduction of Ford’s SYNC 2 (MyFordTouch). The voice command system is now capable of understanding 500 commands. Smart! The whole center stack has been redesigned, now featuring substantially less buttons, bringing a cleaner, and more ergonomic interior layout.

For a facelift, the Ford Focus has undergone such as generous one. The changes are not just done externally. The heart of the Focus is completely new. The Focus’ powertrain is the smallest in its class, a 1.5 liter 4-cylinder engine, but because of direct injection and turbocharging, it’s also the most powerful. This is Ford’s EcoBoost at work. The engine produces a meaty 178 hp @ 6,000 rpm and 240 Nm of torque @ 1,600 – 5,000 rpm. Ford’s achilles heel has always been its Powershift Dual Clutch Transmission. It has now been replaced by a more conventional 6-Speed Automatic (thankfully), and it’s the only transmission available.

More changes have been made to the Focus’ smart technology. The Active Park Assist has been enhanced, now capable of parking in reverse, whereas the first version was only capable of parallel parking. The new version of Ford’s Active Park Assist can also get out of its parking spot. Real talk. You don’t deserve a license if you can’t park a vehicle properly, right?

Clearly, safety is Ford’s hallmark, and therefore, it isn’t surprising to note that Active City Stop, Ford’s autonomous braking system, is now fitted as standard across the range. Also standard across the range is Hill Start Assist, Traction Control, and Park Lock Control. Active Park Assist and Cruise Control is only fitted in the Titanium+ and Sport+ variants.

There are 4 variants of the Ford Focus, the Sport, Titanium, Sport+, and Titanium+. Sport denotes the hatchback, while Titanium is for the sedan. The + is the high trim variant, which comes standard with Ford’s Active Park Assist. The pricing for both body styles are the same, unlike the usual case wherein the hatchback body style costs more than the sedan.