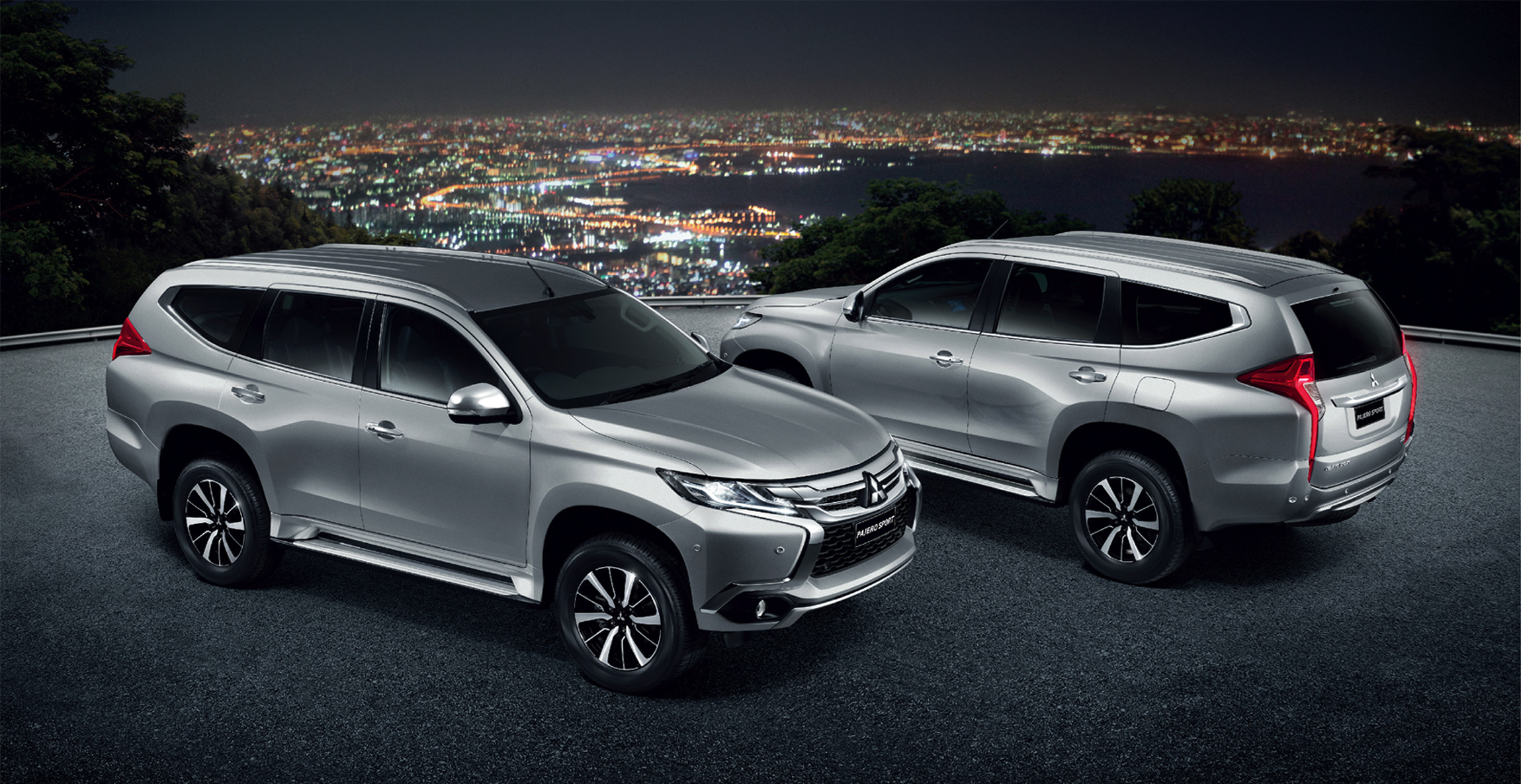 MMPC has launched last night the all-new, all-striking, Mitsubishi Montero Sport. It’s a pretty good looking SUV, and one that is my particular favorite among the competitors in this segment.

First, the design. It looks so aggressive and contemporary. The “Dynamic Shield” design language of Mitsubishi that premiered in their concepts, was finally adopted to the Montero Sport’s design. You couldn’t tell this is actually based on the Strada. Bi-LED headlamps with LED daytime running lights are standard on all but the base GLS variant. “Spectrum” LED tail lights give it a very distinctive and unmistakable look both at the day and night, and are standard on all variants. 18 inch alloy wheels complete the sporty and aggressive look of the Montero Sport, with the GT having the same design but finished in a two-tone design. The exterior design is distinctive and complete different from any of the competition’s offerings, and while it’s a very bold and striking design, it’s a design that I highly love.

Inside, however, looks a bit similar to the Strada. Minor changes in the interior such as a more beautifully made gear lever, faux aluminum trimmings, glossy black plastic (faux wood for the top of the line GT), make it look more premium than the Strada’s. Premium to the touch is another story, as we have yet to get inside one to fully appreciate the interior’s tactile feel. A TFT LCD display in the middle of the two gauges also serve as an integrated navigation display, showing route guidelines in the driver’s sight, while the standard Electronic Parking Brake frees up center console space and makes the interior cleaner and more modern. Exclusive to the GT variant is a sunroof.

The Mitsubishi Montero Sport also debuts a set of Mitsubishi’s new active safety features for the Montero. These features exclusive to the GT variant include Blind Spot Warning and Collision Mitigation System. 7 airbags are also offered on the GT variant.The Montero Sport is not just aiming squarely at the Fortuner, it is also aiming towards the Ford Everest, but the Everest still remains to be the more cutting-edge model with a power liftgate, 3rd row power folding seats, Adaptive Cruise Control, and Active Park Assist. Nevertheless, the Montero has an amazing set of kit that impresses, with standard Hill Start Assist, and Hill Decent Control on all variants.

Now that the all-new Mitsubishi Montero Sport is here, this year will certainly be the year of the PPVs. All the competitor have now launched their new generation of PPVs, and only time will tell which will be the winner. Want a new Montero Sport? Too bad, because there’s already a 1-2 month waiting list for the new Montero as of December, but deliveries have already started in December for the few lucky customers.