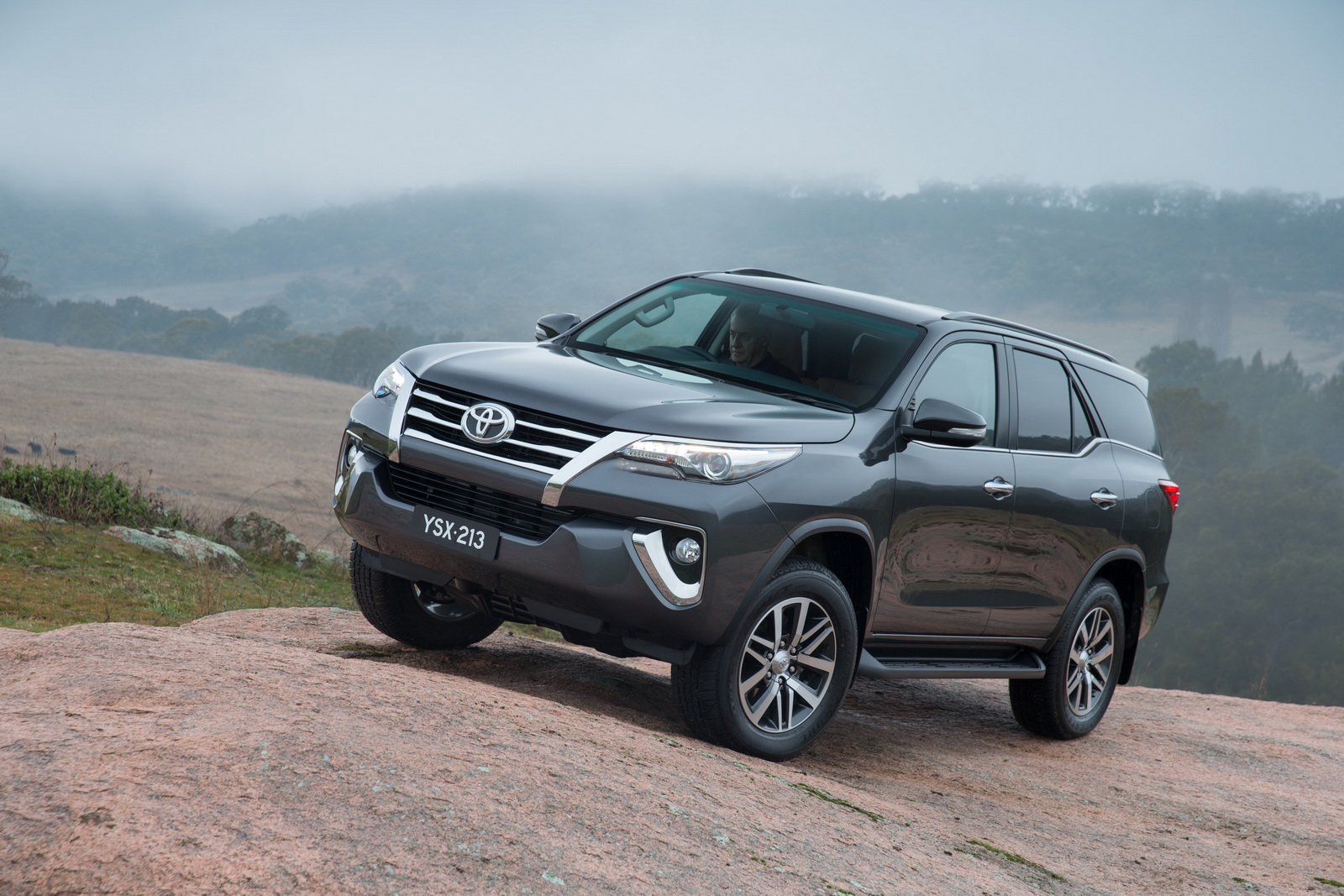 Perhaps 2016 will be the year of the PPV (pick-up based passenger vehicle), and no other PPV is more highly anticipated than this, the all-new Toyota Fortuner.

It was in 2004 when Toyota first utilized their IMV platform, and now in its second generation, the Toyota Fortuner is now on sale in the Philippine market, promising a host of changes for one of the Philippines’ most loved PPVs.

The exterior is quite handsome and striking, with an aggressive face, accented by Bi-LED headlights with LED daytime running lights for the V variants, and tube-type LED tail lights in the rear on all variants. The C and D-pillars are highlighted in black, which gives it a floating roofline effect. Dimensions grew on all fronts except for its height, which was actually trimmed down. 18 inch rims grace the V variants, while 17 inch rims are equipped on the G variants. Overall, the Toyota Fortuner has an elegant and chunky look that carries somehow a certain vibe from something like a Ford Explorer or Range Rover.

Inside, the Fortuner has a premium and well appointed interior. For the 2.8 V variants, the interior features leather trimmings in the sides of the center console, and a faux stitched padded dashboard. Unlike Toyotas of the past, the interior is now dominantly black, which answers past criticisms about the interior being hard to clean. Featured in the V variants is a pleasant looking dark brown leather interior with matte faux wood trim. G variants, meanwhile, have an all-black fabric interior. All variants of the Fortuner get a capacitive and button-less touch screen interface. Other convenience features exclusive to the V variants include a smart key with push button start, paddle shifters, power liftgate, and an automatic climate control.

The Fortuner is also equipped with safety features to keep you from an accident. ABS with EBD, Brake Assist, Driver (including the knee) and Passenger SRS Airbags, are standard across the range. Unfortunately, A-TRAC Active Traction Control, Stability Control, and Hill Start Assist, and 7 airbags are only equipped in the 4×4 V variant.

Powering the all-new Fortuner are a pair of all-new diesel engines and a carried over petrol engine. Toyota was once infamous for simply carrying over engines from their old models, but they seem to have learned that it’s not funny anymore. The Fortuner is powered by either a 2.4 liter or 2.8 liter D-4D diesel engine. The 2.7 liter VVT-i petrol, however, will continue to be offered, unchanged. The 2.8 liter 1GD engine produces 177 horsepower at 3,400 rpm and 450 Nm of torque at 1,600 to 2,400 rpm. The torque figure goes down to 420 Nm at 1,400 to 2,600 rpm when paired with the manual gearbox. The 2.4 liter 2GD engine, meanwhile, produces 150 hp and 343 Nm of torque. These engines aren’t only smaller but powerful than the KD engines that they replace, but they’re also more environmentally friendly and fuel efficient. These GD diesel engines have the first ever Thermo Swing Wall Insulation technology, which improves the fuel and air mixture. The GD diesel engines also have a Selective Catalytic Reduction system, a first for any Toyota. This filtration system eliminates up to 99% of a diesel’s harmful and particulate emissions. The emission cleaning system is so good, the new engines of the Fortuner (and the Hilux) are rated as Euro 6 compliant outside the Philippines.

This year is certainly going to be interesting for those who are buying a midsize pick-up based SUV. With the Everest and Fortuner now launched, Mitsubishi is still giving the public a tease of its Montero Sport, which will be launched in just a little while.