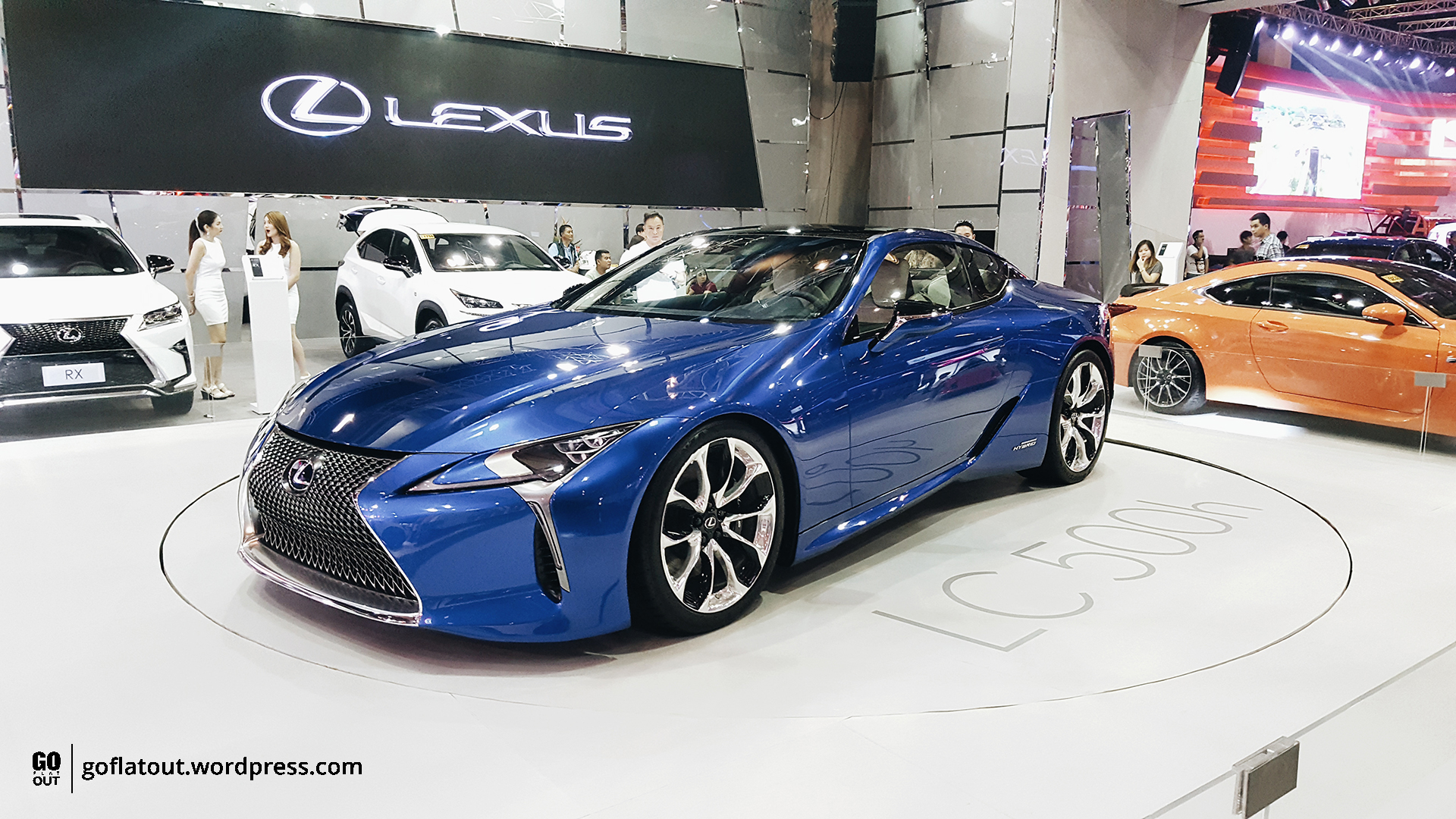 The Lexus LF-LC is a concept that supposedly previews an upcoming Lexus sportscar sometime in the new future, and apparently, the future is now. Coming as a huge surprise to the general public, the Lexus LC 500h is almost relatively unchanged from the concept it was based on 4 years ago.

Designed by Lexus to “break convention”, the Lexus LC is proof that Lexus is a company that does not allow compromises. Concepts often do not make it into production as their radical designs often do not meet safety standards for pedestrian protection, or is simply a case of form over function. The LC is Lexus’ way of saying to the world that we can make a concept into a reality, with only the wing mirrors being the most noticeable difference from the concept.

The Lexus LC is a radical design for the Lexus brand, carrying with it a bold spindle grille that is part of Lexus’ design language, but is in its boldest ever interpretation. It has a low and wide imposing stance, with eye-catching details such as the LED headlights with very thin projectors enabling for a low hood design. The front character lines flow all the way to the rear in what seems to be the most interesting rear LED light design ever, which are done in somewhat a 3D pattern that fades into the background. An active rear spoiler and rear diffuser help manage airflow and help put the grip down to the ground.

The inside is also almost a carry over from the concept, except for the excessively large screens that fill the interior. The driver’s and passenger’s seating height has been designed to be as close to the car’s center of gravity, in order for the driver to feel as close to the car’s movements as possible, which by physics, would be very true, as you feel the car’s movements through the corners, making the driver truly engaged as the car drives around. A driver-centric cockpit wraps around the occupants, with a mixture of different shapes and textures that make the LC a very seductive place to sit in for hours end. The TFT LCD gauges are inspired as ever from the LFA supercar, but in our opinion, the LC has the better overall interior design.

Powering the LC are two powertrain options. The LC 500 is powered by a 5.0 liter V8 that is found in the RC F and GS F. It produces 467 hp and 527 Nm of torque to the rear wheels via a 10-Speed Automatic Transmission, which is lighter than most 8-Speed Automatics in the industry, and can match the lightning quick shift times of dual-clutch transmissions. The LC 500h meanwhile, as we see here, is powered by a Multi-Stage Hybrid system, which combines a 3.5 liter V6 and an electric motor, with power sent to the rear wheels with what seems to be the most interesting transmission in the industry, which is a combination of a CVT and a 4-Speed Automatic. The Multi-Stage Hybrid is the first ever for a Lexus, and is designed for exhilarating performance in mind. Combined with Lexus’ all new GA-L platform for premium rear wheel drive luxury sports cars, the Lexus LC is a new chapter in Lexus’ future.

Sales are expected to being in 2017. If you want to see the Lexus LC in person, it’s time for you to visit the Philippine International Motor Show, which runs today until September 18 (Sunday), from 10 am to 9 pm.