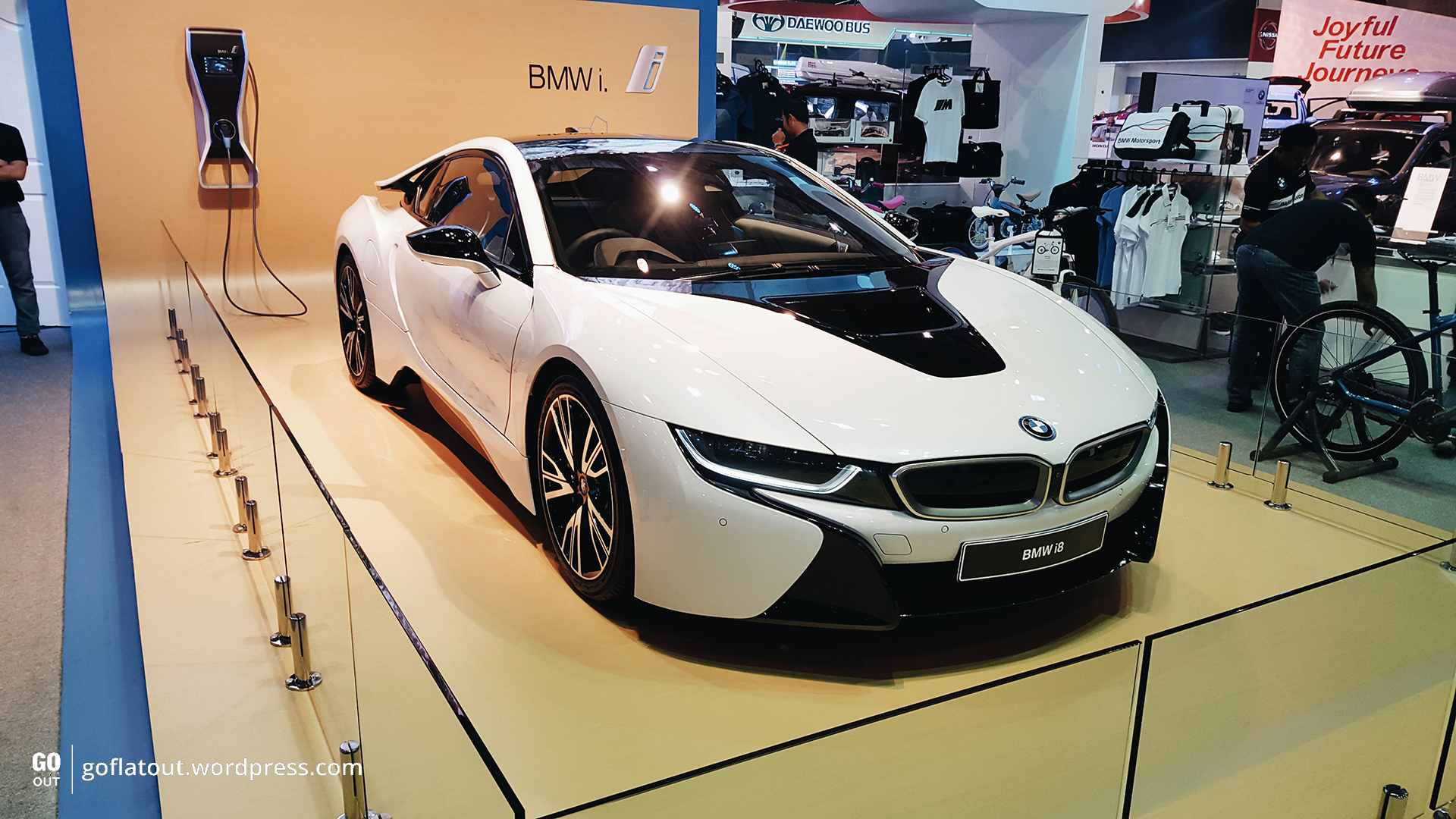 Having been launched in 2014, worldwide, the BMW i sub-brand is BMW’s vision for the future of mobility. With a lack of government support for vehicles running on alternative energy sources, or hybrid and electric vehicles, BMW i’s presence in the Philippines is bleak.

The BMW i8 is BMW’s vision for a sportscar that has eco-friendly credentials. The BMW i8 follows a philosophy that is unique among sportscars around the world. Most sportscars around the world are now powered by hybrid powertrains, but those hybrid sportscar or supercars, such as the Porsche 918, LaFerrari, McLaren P1, and the Honda NSX, their hybrid systems are performance oriented. Though the NSX, P1, and 918 can run on electric alone, their hybrid systems are mainly built to fill the gaps in torque a combustion engine posses when changing gears, or when the turbos are needed to be spooled up, since turbos will always have turbo lag. It only varies in how bad the turbo lag is. If someone says an engine has no turbo lag, they’re lying, and have no clue on how a turbo works. The BMW i8’s hybrid system, on the other hand, is meant to provide breathtaking performance, while using less fuel.

How breathtaking and efficient you say? How about 228 hp and 320 Nm of torque from a 1.5 liter three-cylinder engine from the Mini Cooper and BMW 318i, with power sent through a 6-Speed Automatic driving the rear wheels, and an electric motor developing 129 hp and 250 Nm of torque powering the front wheels, with a combined power of 357 hp and 570 Nm of torque, enabling it to spring from 0-100 kph in 4.4 seconds. Despite the figures, it returns an unreal 2.5 l/100 km (40 km/l) fuel consumption based on BMW’s claims, but in real world testing, 13.5 km/l even under track conditions are the actual figures, which is still frugal considering it has the fuel consumption of a humdrum compact sedan whilst being able to keep up with a Porsche 911 Carrera.

Matching its high tech powertrain are its sci-fi looks. The outside is trimmed with blue highlights, which is a hallmark of the BMW i brand. Swooping lines and aerodynamic trickery make the BMW i8 a car unlike anything else on the road today. The inside is the same story as well. A futuristic layout is implemented, with blue highlights and blue ambient lighting highlighting yet again the ethos of BMW i. The cabin cell is made out of carbon fiber reinforced plastic, which enables the BMW i8 to be structurally rigid, and relatively light despite the high tech powertrain.

Unfortunately, the BMW i8 still is a difficult business case in the Philippines, since cars such as these have a lack of support from the government. Because hybrids heavily rely on government incentives to be competitively priced, the BMW i8 will be very uncompetitive in terms of price with its rivals. On a brighter note, BMW Philippines has launched 2 limited edition models to celebrate BMW’s 100 Years of existence worldwide, in the form of the BMW 4 Series and X4 Centenary Edition.