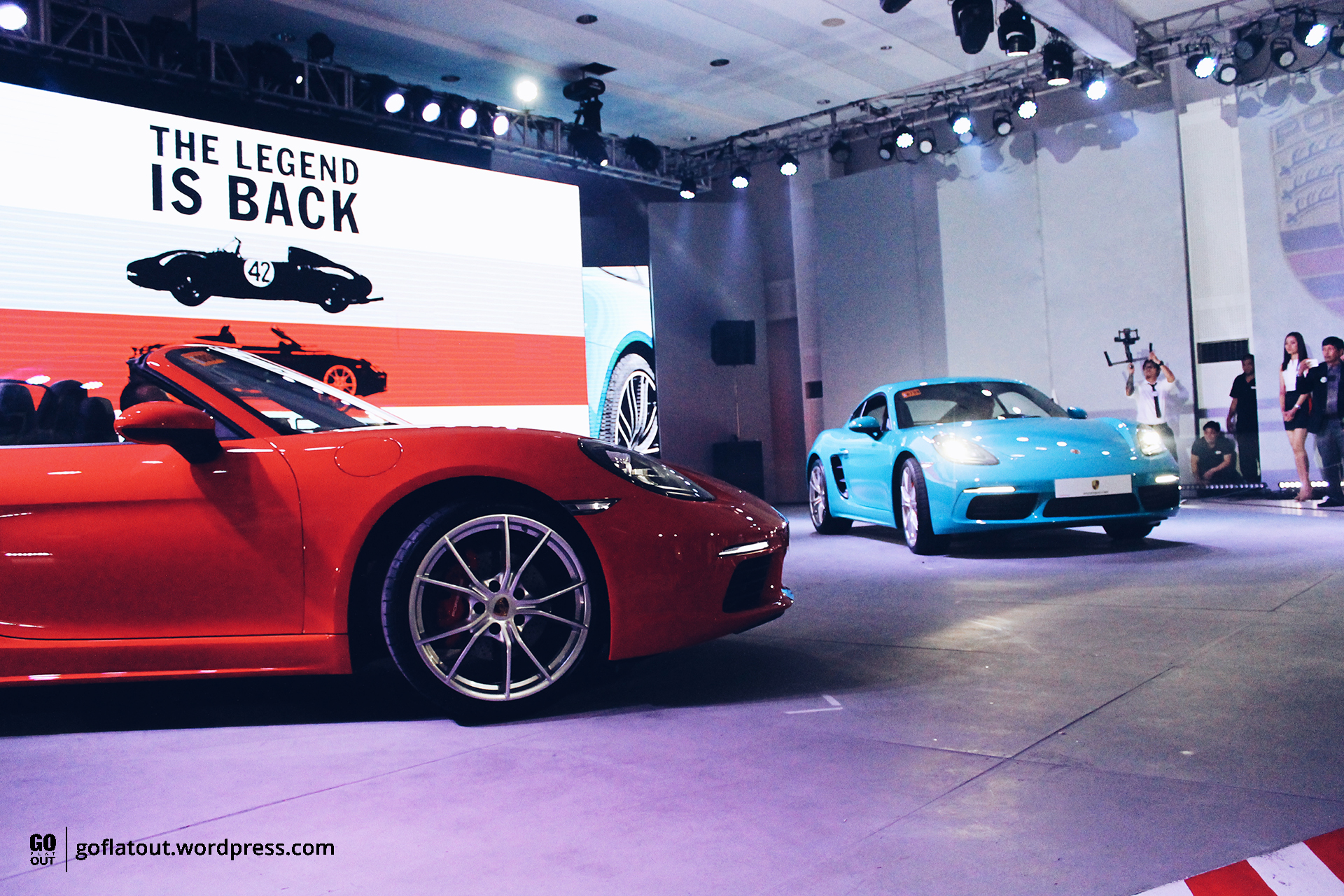 The Porsche Boxster and Cayman have just been given facelifts, but for a mid-cycle refresh, this seems to be more than just a facelift. A new, more agressive face, and a new pair of 4-cylinder turbocharged boxer engines, down by two cylinders from their predecessors, has Porsche gone mad?

Well, not really. You see, these new engines are smaller but more powerful, making the new Boxster and Cayman faster and also more fuel efficient. In conjunction to the new powertrains, they also changed the name. These new cars are now called the Porsche 718 Boxster and 718 Cayman, which harks back to Porsche’s entry level 718 from the past. In this regard, Porsche is no stranger either to 4-cylinder boxer engines. The original 718 was a successor to the legendary Porsche 550 Spyder. This new 718 Boxster and Cayman pays homage to the original 718 from its similar idea of having a mid-mounted 4-cylinder boxer engine, albeit turbocharged. The original 718 became three-time victors of the of the legendary Italian Targa Florio race from 1959 to 1960, and it also became victorious at the 24 Hours of Le Mans in 1958. Will history repeat itself?

For starters, the look has been refreshed. Porsche says only the trunk lid has been untouched, which means every single panel in this car has received slight changes to its design. For a typical Porsche facelift, there has been a lot of noticeable design changes that have been made. The front end is completely redesigned with a more sculpted front bumper, and larger air intakes are made to the sides. The rear sees a more contemporary approach with slimmer LED tail lights and a new horizontal bar that houses the Porsche text.

The interior on the other hand, is a higher level of spot the difference. The changes are very minimal, sans the new aircon vents, capacitive touch screen system for the second generation of Porsche Communication Management (PCM), and the all-new steering wheel from the Porsche 918 hypercar. Apple CarPlay can be fitted as an option.

There are a pair of engines to choose from. The base models have a 2.0 liter 4-cylinder turbocharged boxer engine, while the S has a 2.5 liter 4-cylinder boxer engines. The 2.0 produces 300 hp and 380 Nm of torque, while the 2.5 produces 350 hp and 420 Nm of torque. Horsepower is up by 25 hp on both engines, while torque is increased by 90 Nm on the 2.0 liter and 50 Nm on the bigger engines. Due to turbocharging, peak torque is spread across the rev range, enabling the new 718 models to have faster and more responsive acceleration times, especially in gear acceleration. All variants deliver power to the rear wheels via a 7-Speed Porsche Doppelkupplung (PDK) dual-clutch transmission, and with the Sport Chrono pack fitted as standard, base models spring from 0-100 km/h in 4.7 seconds, while the S models sprint from 0-100 km/h in 4.5 seconds.

Porsche Philippines markets these two cars as the return of the great 718. Apart from the name and the heritage, that’s about as much similarities as they have with the original 718. The Porsche 718 is one of those cars that has made the brand famous for its involvement in motorsport, and with the car’s name and philosophy being reincarnated, history is once again repeating itself. Who knows, maybe Porsche will bring the 718 Boxster and Cayman back to motorsport. This is Porsche, after all, where motorsport truly runs in the blood of its cars. You can now own this repetition of history by visiting the Porsche Center Philippines in Greenhills, today.

0 comments on “Porsche Philippines Unveils Refreshed Boxster and Cayman, Assigns It The 718 Number”