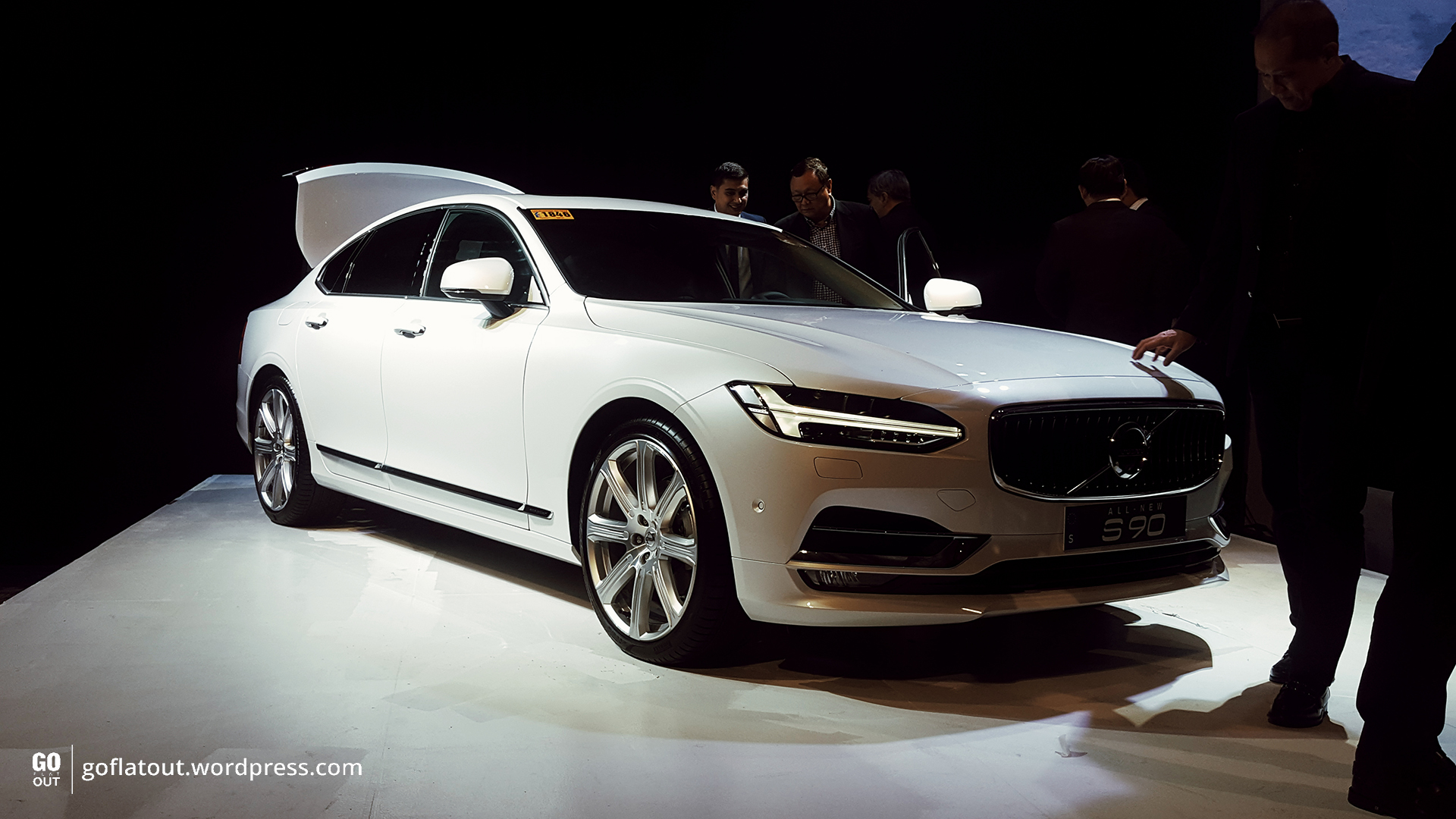 The all-new Volvo XC90 has been a runaway hit for Volvo, and it needed it to be. Being beaten by the Germans in terms of sales, Volvo has no room for error with their XC90. Since its global launch, it has garnered over 118 awards worldwide, and last night was the continuation of Volvo’s renaissance. We couldn’t agree more on how excellent the Volvo XC90 is by reading our review of this large luxury SUV. In the grandest way possible, Volvo has now launched in the Philippines the S90 flagship sedan

With the theme of the launch event “Magnum Opus”, this is perhaps one of the most extravagant car launches we’ve ever been to. From the sign up booths, the 6 course dinner with food that looks too good, you’d feel bad eating it, up to the exquisite performances from world class international and local acts, Volvo is certainly serious right now towards the Philippine market for them to put up such a show and launch the cars in such grace and elegance.

Developed from the ground up, the Volvo S90 is a clean sheet design for a new Volvo sedan. As it is part of the Volvo “90 Series”, the S90 borrows design cues from, not surprisingly, the Volvo XC90, and Volvo’s new design language looks even more elegant and stunning in sedan form. It looks sleek and supremely elegant, boasting the same level of authority from the XC90. The now ubiquitous “Thor’s Hammer” LED daytime running lights give the S90 an authoritative appearance, with its presence further made aggressive through its large grille. Out the back, the rear lights highlight the S90’s rear shape, making it look wider, and an R-design variant spices things up by adding a little bit of sportiness to the S90’s design.

Inside, the S90 are just as equally impressive as the outside. Just like the XC90, less clutter means more elegance, and it’s no surprise to only find a few buttons inside the cabin, and the rest of the functions are controlled via the tablet-like Volvo Sensus which is intuitive and easy to use. Apple CarPlay and Android Auto comes standard. The cabin follows a horizontal design theme, and is somehow more stately in execution here in the S90 than in the XC90. The materials are rich, and the open pore wood is supremely good looking and beautiful. The S90 is a wonderful place to be in for hours end on EDSA traffic, completely ignoring the chaos that is known as Manila.

This Volvo S90 D4 Inscription variant we see here is powered by Volvo’s Drive-E powertrains, this one being the 2.0 liter 4-cylinder twin turbo diesel engine that produces 188 hp and 400 Nm of torque. Other engines include a petrol T8 plug in hybrid, and is the most powerful variant as well. All powertrains are mated to an 8-Speed automatic transmission.

The S90, as ever, are equipped with plenty of innovations from the Swedish luxury brand. The Volvo S90 and V90 are equipped with a system that tightens the seatbelt if it senses you’ve drifted off your lane and/or about to roll-over, and other similar situations. Volvo’s enhanced City Safety now detects large animals such as… carabaos perhaps, and a new system called the advanced semi-autonomous system, called Pilot Assist, keeping the car aligned within the lane at speeds of up to 130km/h. Other active safety features include Blind Spot Warning, Rear Cross Traffic Alert, and the likes. Based on Volvo’s landmark goal of having zero casualties and serious injuries from a Volvo by 2020, it seems their rate of innovation seems realistic and achievable.

Whereas the Germans have ostentatious designs and a varying focus on sportiness with their rear wheel drive executive sedans (or all wheel drive as an option for the Audi A6), the Volvo S90 has no sporting pretensions. It is an honest to goodness stately midsize executive sedan that doesn’t even try its hardest to be sporty. All it aims to do is to transport its occupants in serenity and opulent luxury without any fuss and drama.

Alongside the S90, the equally stunning and beautiful Xc90 was also on display. It looks even more stunning than we remember with its large 20 inch alloy wheels.