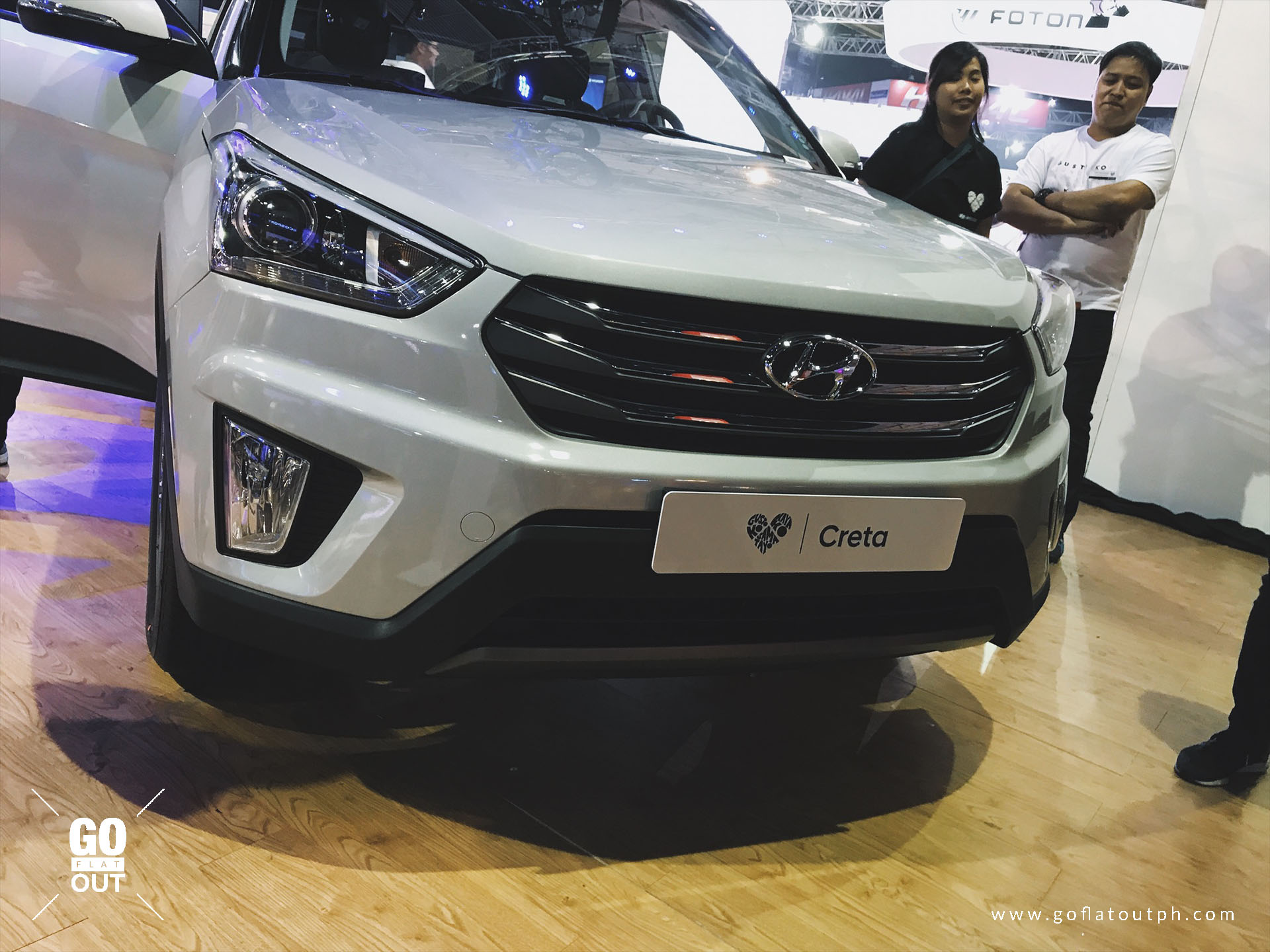 The 2017 Manila International Auto Show is perhaps a show of surprises. Hyundai Asia Resources Inc. has launched not just the Creta, but also the Genesis G90, as Hyundai has now spun-off the Genesis nameplate into a full-fledged luxury brand the rivals established luxury marques such as BMW, Mercedes-Benz, and Audi.

First off, the Indian-made Hyundai Creta. The Hyundai Creta is a subcompact crossover that is aimed to rival the Ford EcoSport, Honda HR-V, and Nissan Juke. At 4,270mm long, 1,780mm wide, and 1,630mm tall, the Hyundai Creta is slightly bigger than the Nissan Juke in every respect. Outside, the Hyundai Creta utilizes Hyundai’s Fluidic Sculpture 2.0 design language, which is characterized by strong, edgy lines, and strikingly aggressive angles. It’s crossover aspirations are backed up by the fact that it has 190 mm of ground clearance, 10 mm less than the Ford EcoSport’s. Lastly, 16-inch alloy wheels round up the Creta’s dynamic exterior looks.

Inside, the Creta has a somewhat swoopy and upright dashboard design that is dominated by a touch screen system, which is standard on all variants. Other features include passive entry with push button start, Bluetooth telephone and audio, USB, and projector headlights with LED guide lights.

In our opinion, the Hyundai Creta is well priced in the segment, however, with the diesel only available as a manual, we think the diesel will be a hard sell to many people in this traffic-induced nation.

In a surprise to anyone in the Philippine automotive industry, the new Genesis G90 flagship luxury sedan has been Hyundai’s well kept secret. While the Civic Type R was leaked days before the show, the Genesis G90 drew a lot of attention to the Hyundai booth, curious as to what the large sedan is lurking underneath the covers.

As the Genesis nameplate is now Hyundai’s premium luxury sedan, the Genesis G90’s looks are unique from the Hyundai brand, sharing nothing but a few couple of bolts and screws from the Hyundai staple.  A large, bold hexagonal grille outlines the G90’s bold front, which are flanked by full-LED lighting, from the headlights, all the way to the foglights. A strong character line runs from the headlights all the way to the tail lights that are somehow similar to a Bentley’s, while wide, flared arches emphasize the G90’s powerful and imposing stance. Flowing LED rear lights highlight the sedan’s regal appearance.

Inside, as expected in a flagship luxury sedan, the Genesis G90 is loaded to the brim, which is to be expected if it wants to compete head on with the Mercedes-Benz S-Class, BMW 7 Series, and Audo A8. The Genesis G90 is blessed with power seats all around, a multimedia screen for the rear passengers, and a host of many other innovative luxury and comfort features. As expected, the interior is very premium and upmarket, with a tasteful combination of wood, piano black veneer, and aluminum trimmings. The seats, meanwhile, are wrapped in soft, plush Italian or Nappa leather.