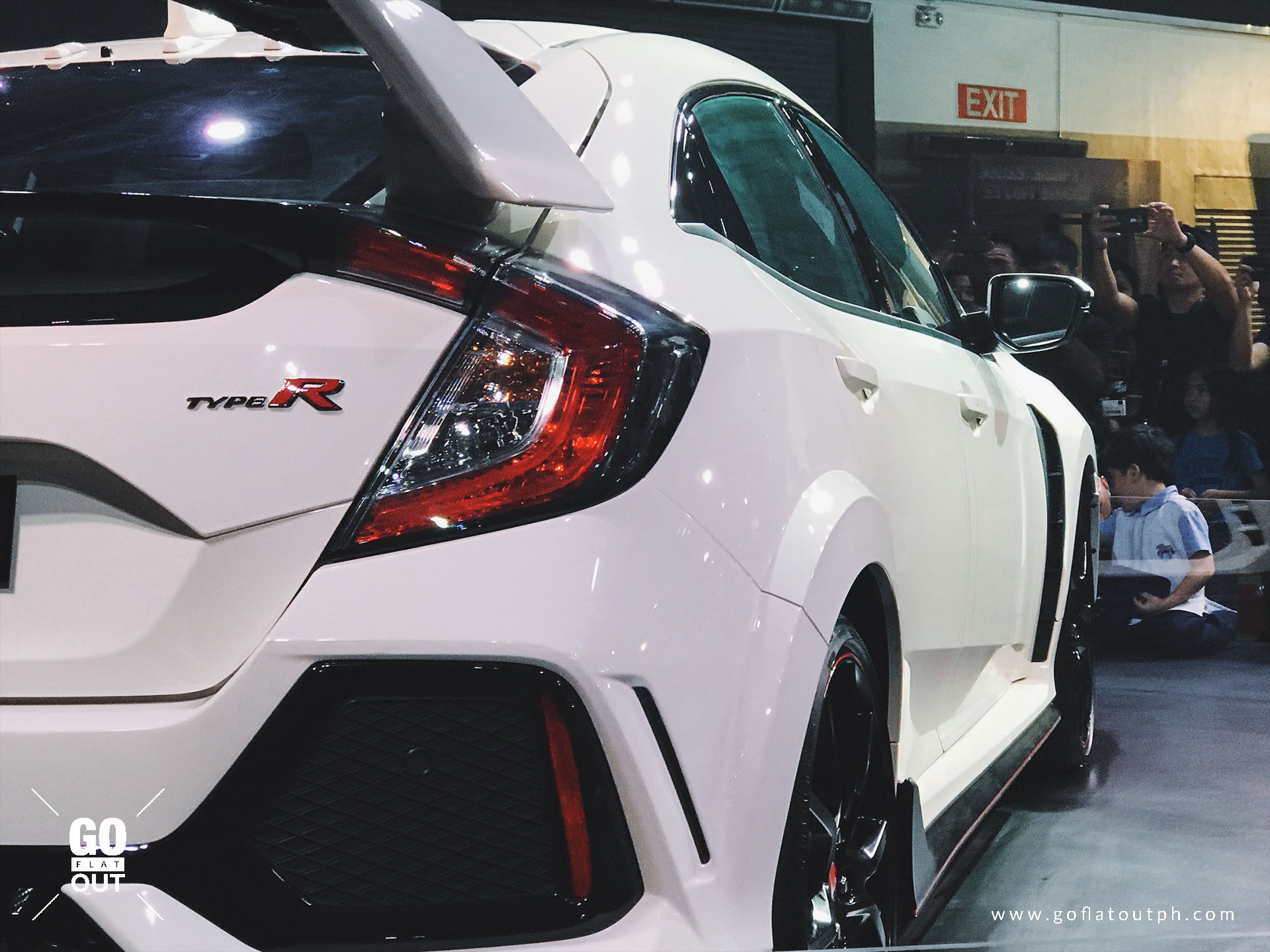 To a surprise to everyone in the automotive industry, the Honda Civic Type R has been launched in the Philippines, just weeks after its launch at the 2017 Geneva Motor Show in Switzerland.

The Honda Civic Type R serves as a farewell gift to the Filipino people by Toshio Kuwahara, as he now is being assigned to another country for him to do his magic for Honda.

In a final farewell speech by Toshio Kuwahara, President of Honda Cars Philippines Inc., the humble Japanese native introduced the fleet of Hondas gracing Honda’s show floor today at the 2017 MIAS. Apart from the Civic Type R, the Honda City “MIAS Edition”, which is limited to 5 units, only to be sold at the show’s duration, was also introduced, including some Hondas equipped with Mugen and Modulo accessories.

The Honda Civic Type R is a definite head turner, with oohs and ahs heard all over the show floor when the wraps were pulled over. Up front is Honda’s signature “Solid Wing Face” which is finished in high gloss black,  large (faux) air intakes, and wide wheel arches hiding some wide, 2o-inch alloy wheels wrapped in 245/30 R20 low profile tires. At the side, air intakes eject air out of the front wheel arches to cool the four-piston Brembo cross-drilled 350 mm brakes. The rear is distinctive, with C-shaped LED tail lights highlighting the profile of what is a humble Civic hatchback on steroids, finished off by a spoiler that splits the tailgate.

Powering the Civic Type R is Honda’s Earth Dreams i-VTEC 2.0 liter turbocharged and direct injected petrol engine, pumping out 316 hp and a whopping 400 Nm of torque to the front wheels, essentially making it the world’s most powerful front wheel driven production car. All this power is sent through a 6-Speed manual transmission, the only transmission choice available.

No word yet if the Civic Type R will officially be sold in the Philippines, but Honda has made clear that they will be evaluating our market if there will be sufficient demand for the Civic Type R.