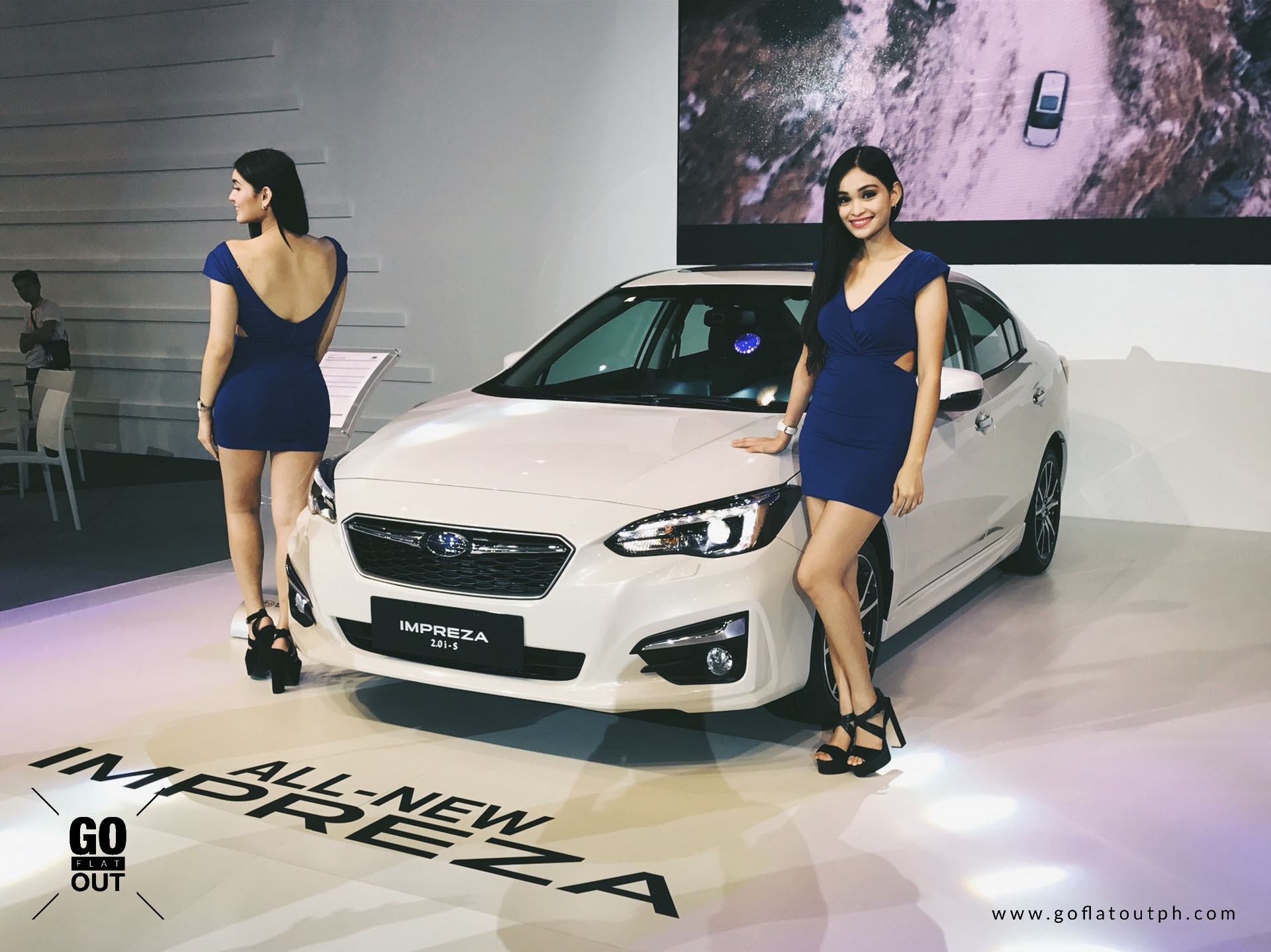 The all-new Subaru Impreza has been launched by Subaru Philippines, and while it looks like a heavy facelift of the previous generation model, trust me, but this car is 80% all-new, with the remaining 20% only coming from the bolts and screws used to build this car.

Exterior-wise, the Subaru Impreza really will never be known for its style, though it looks better than the previous generation. The new Subaru Impreza utilizes Subaru’s new design language called DYNAMIC x SOLID, which will eventually be carried over to future new Subarus. The new design language is characterized by a longer hood, steeply raked windshield, flared wheel arches, a new hexagonal grille, and LED headlights with “hawk-eye” LED daytime running lights. At the back, the rear LED lights mimic the headlight design, and somehow for this sedan model, looks a bit out of place when compared to the hatchback that won’t be released here, as it might eat up the Subaru XV’s sales in the Philippines. Underpinning this newly designed body is where all the headlines at. It utilizes Subaru’s new scalable Subaru Global Platform, designed for better ride and driving dynamics. Developed at a cost of US$ 1 billion, this is Subaru’s biggest gamble yet, as this platform will be utilized by Subarus that will come out after the new Impreza. We simply can’t wait on how this will affect the future Subaru WRX and WRX STI.

Inside, the changes are a lot more drastic. Addressing complaints of past Subarus that lack a premium feel, this new one ups the ante with some stitching details in the dashboard, more soft touch materials around the cabin, and a greater sense of premium solidity thanks to well damped controls, switches, and a more reassuring door thud than past models. The space has been enlarged in key areas such as more shoulder room and more knee room by 26 mm over the outgoing model. At 4625 mm long, it is the second longest in class, only edged out by the all-new Honda Civic by 8 mm. It is also wider and lower for more shoulder room, better handling, and for a more aggressive stance. Addressing another complaint is the lackluster infotainment system. It now utilizes Subaru’s Starlink infotainment system, which is dominated by an 8-inch capacitive touch screen system with multi-touch gestures, enabling pinch to zoom and swipe actions. It is equipped with both Apple CarPlay and Android Auto, and through an NFC chip, an NFC enabled Android phone can be used so that you don’t have to fumble with your phone in order to connect your Android smartphone via Bluetooth.

Powering the Subaru Impreza is a reworked version of the FB20 boxer engine, as it now uses direct injection. It produces 156 hp and 200 Nm of torque, and is sent via a Lineartronic CVT with paddle shifters, towards all four wheels via Subaru’s trademark Symmetrical AWD. Power is split 60/40 front/rear, with the system capable of sending 100% of the power to either the front or rear wheels. Idling Start/Stop is equipped as standard, shutting off the engine momentarily while in, let’s say, a set of stoplights, in order to save fuel.

Among Japanese brands, Subaru has always been a leader in safety, and this new generation is no exception. The Subaru Global Platform is designed to be one of the safest platforms until the year 2025, which means that even after 8 years, it should still theoretically lead the pack in terms of crash protection. Apart from the platform and a host of airbags mitigating the effects of a crash, the all-new Subaru Impreza is equipped with active safety features that prevent a crash in the first place, such as (SRH) steering responsive headlights, ventilated discs all around for better stopping power, Blind Spot Warning, Lane Departure Warning, Lane Keeping Assist, Rear Cross Traffic Alert, rear view camera, and (VDC) vehicle dynamics control system, and a unique Subaru feature called PIN code access.

The Subaru Impreza is priced at P1,380,000, and is now available on all Subaru dealers nationwide.