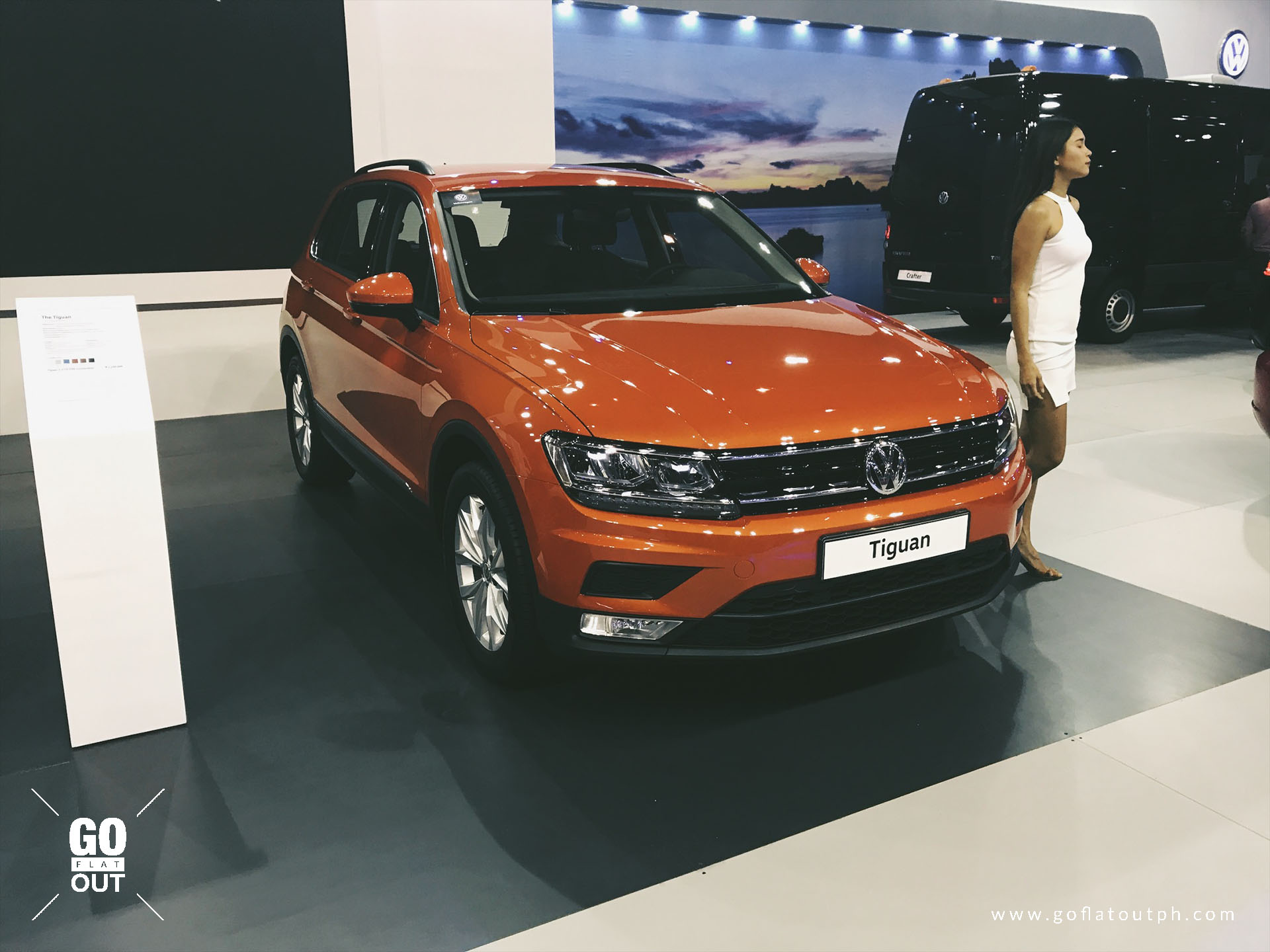 Volkswagen has launched at the 2017 Manila International Auto Show the all-new Tiguan, and the small SUV is set to compete head on with the best that Japan, Korea, and America has to offer.

Volkswagen is trying to convince you that you should give your cash to them instead of the competition by wooing you with its “German engineering”, and it starts with the Tiguan’s MQB platform, which is shared with many Volkswagens and Audis. The MQB platform promises greater ride comfort and sportier driving dynamics, as this platform is also utilized by cars such as the Volkswagen Passat, Volkswagen Golf GTI, Audi TT, and Audi S3. Underpinning the MQB platform is a body that is still largely conservative, but sure to age well, typical to these Volkswagens. The exterior is characterized by sharp lines and creases, in contrast to the outgoing model’s curvy and rounded exterior.

Inside, the same conservative approach is applied. The interior is dominated by a new, large, VW Car-Net center touch screen that controls functions for radio, telephone, Bluetooth, and USB sources. As typical to any VW, the interior is well made and easy to use. There’s a decent amount of kit, such as smart entry with push button start, electronic parking brake, and dual zone climate control.

Powering the Volkswagen Tiguan is a 1.4 TSI turbocharged and direct injected petrol engine, producing 150 hp and 250 Nm of torque, with power sent via a 6-Speed DSG dual clutch transmission, to the front wheels. AWD will soon be brought in, powered by a 2.0 TDI diesel engine.

Pricing for the Volkswagen Tiguan starts at P2,259,000