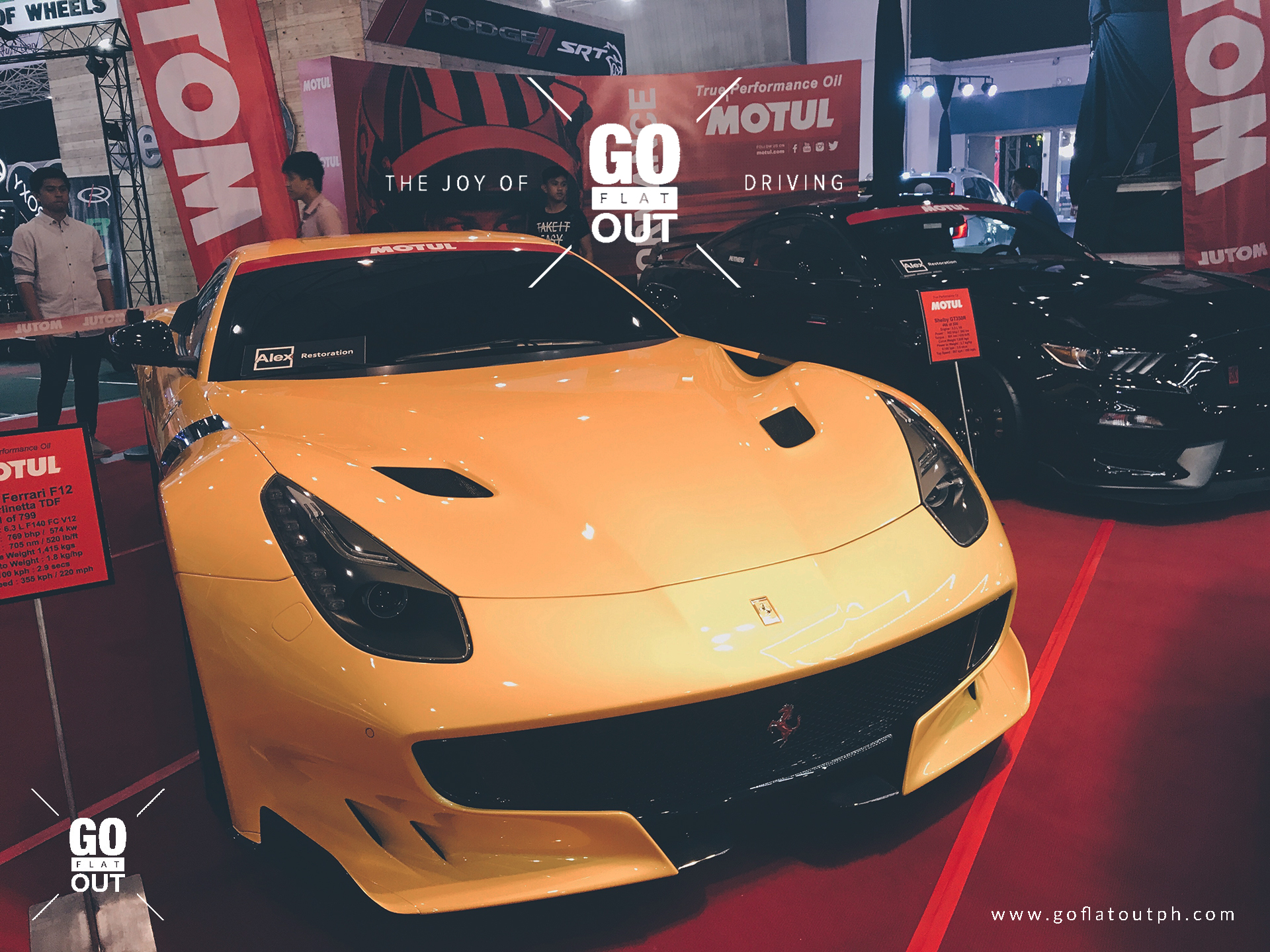 AutoPlus Sportzentrium is owned and operated by a humble businessman named Carlos Gono and its partner, Jun Go. Mr. Gono is responsible for bringing Motul into the Philippines, lubricating and making fast cars go even faster. A humble guy. When you first see him in person, you wouldn’t even know he owns any of these.

2. They own some of the world’s most highly sought after cars. One of which is this ultra rare McLaren 675LT VP433 pre-production prototype, carrying the MSO 01 code. Only 5 were made, rarer than the 500 unit run of the production 675LT.

4. And you thought the F12 TDF was insane? The F12 Novitec Rosso N-Largo is much more insane, performance-wise. One of only 12 were produced.

5. Equally insane is the Ford Mustang Shelby GT350R. One of the most track-focused Mustangs ever made, and privately imported to the Philippines, as it is not sold locally by Ford Group Philippines.

6. He also owns a Lotus Exige V6 Cup. A hotter, much more unapologetic version of the standard Lotus Exige S. Oh, and his son gets to drive it at Clark Speedway and set lap records.

7. Speaking of his son, his son, Luis Gono, became the youngest champion in the first season of the Toyota Vios Cup in 2014, when he was 15 years old. When I was 15 years old, I used to race too. In Gran Turismo and Forza Motorsports, that is.