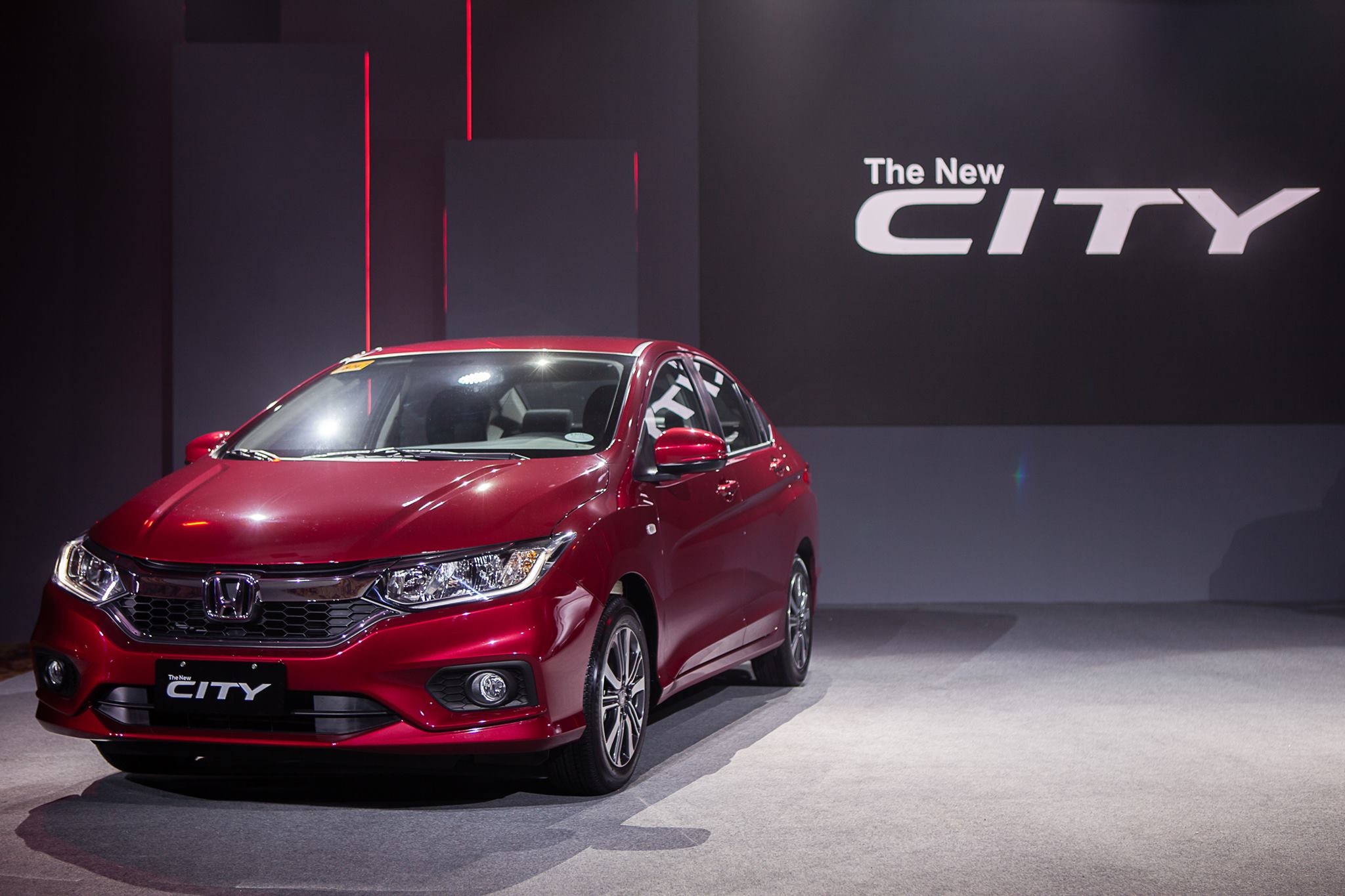 Honda Cars Philippines, has launched the facelifted Honda City, and it gains plenty of standard features across all variants as well. Designed under the concept of “Advanced Energetic Smart Star”, the new City’s design is more modern, more elegant, and carries more technology for the driver.

For starter’s, the front end has been revised, with a new bumper design, and a slimmer chrome grille which is inspired from the front grille design of the new Honda Civic. Another design element inspired from the Honda Civic are standard LED daytime running lights across the range, which gives the Honda City an unmistakable look in its segment. The top of the line VX+ gets the benefit of having full LED headlights. The rear also receives a minor upgrade, notably a faux grille pattern running across the rear bumper. No changes were made to the City’s side, but it does get new wheel designs across the line-up.

Inside, the changes are limited to a new gauge cluster design, which is now illuminated in white rather than blue. A new touch screen interface system is now standard on all but the entry level 1.5 E MT variant, and it comes standard with navigation. For the VX and VX+, they come with the benefit of cruise control, one of the only few in the segment to have this useful feature. Unchanged in the City’s features are the amount of safety gear it still has, especially in the VX+ variant. The City VX+ comes with 6 airbags, Emergency Stop Signal, Vehicle Stability Assist, and Hill Start Assist, on top of ABS with EBD and 2 airbags equipped as standard on the rest of the City line-up.

Unchanged is also the car’s engine and transmission combination. It still is powered by a 1.5 liter i-VTEC engine that produces 120 hp and 145 Nm of torque. It is still mated to an Earth Dream CVT, while the entry level E can be had with a 5-speed manual transmission.

The good news to all this is that Honda Cars Philippines is keeping the price unchanged for the new Honda City.