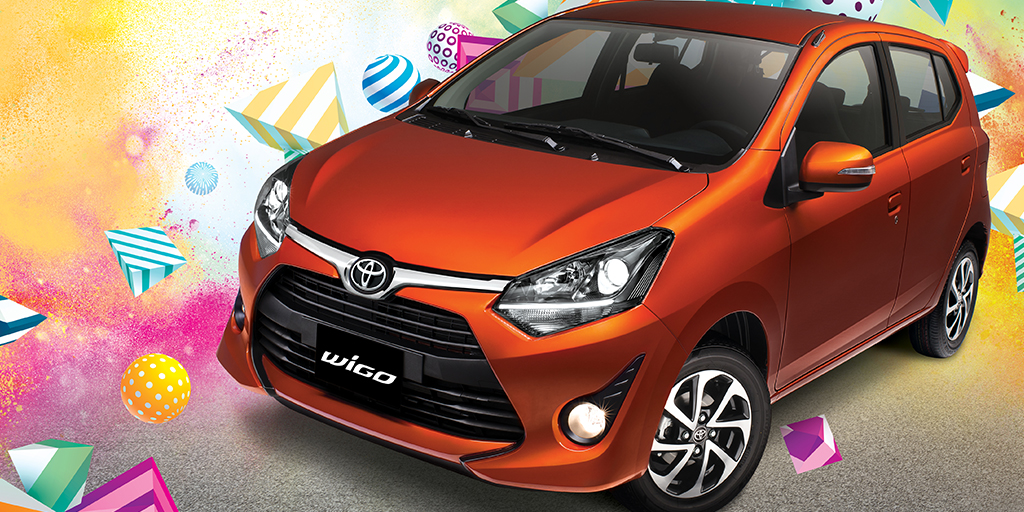 Toyota Motor Philippines corporation launches its facelifted Toyota Wigo, the country’s best selling small car. Selling 40,000 units since its introduction in 2014, the Toyota Wigo is in a timely update, 3 years after its release. With it are changes outside and inside the car.

The exterior gains Toyota’s family look across the brand’s car line-up. It features a front fascia which is similar to what is in the Toyota 86, with a large and wide hexagonal grille and foglights up front. All variants come standard with these new projector-type halogen headlights with LED park lights, and LED rear lights. Interior changes are less pronounced, with changes limited to a new touch screen infotainment system, now integrated with steering controls for the G variant, and red interior lighting for the instruments and buttons.

Under the hood, the Wigo receives a new 1.2 liter three-cylinder engine, which now has VVT-i. Power is unchanged, still at 66 hp and 89 Nm of torque, however, Toyota claims that fuel efficiency has been improved with the introduction of VVT-i. The engine is still mated to either a 4-speed automatic or 5-speed manual transmission. The suspension has also been revised for better ride and handling.