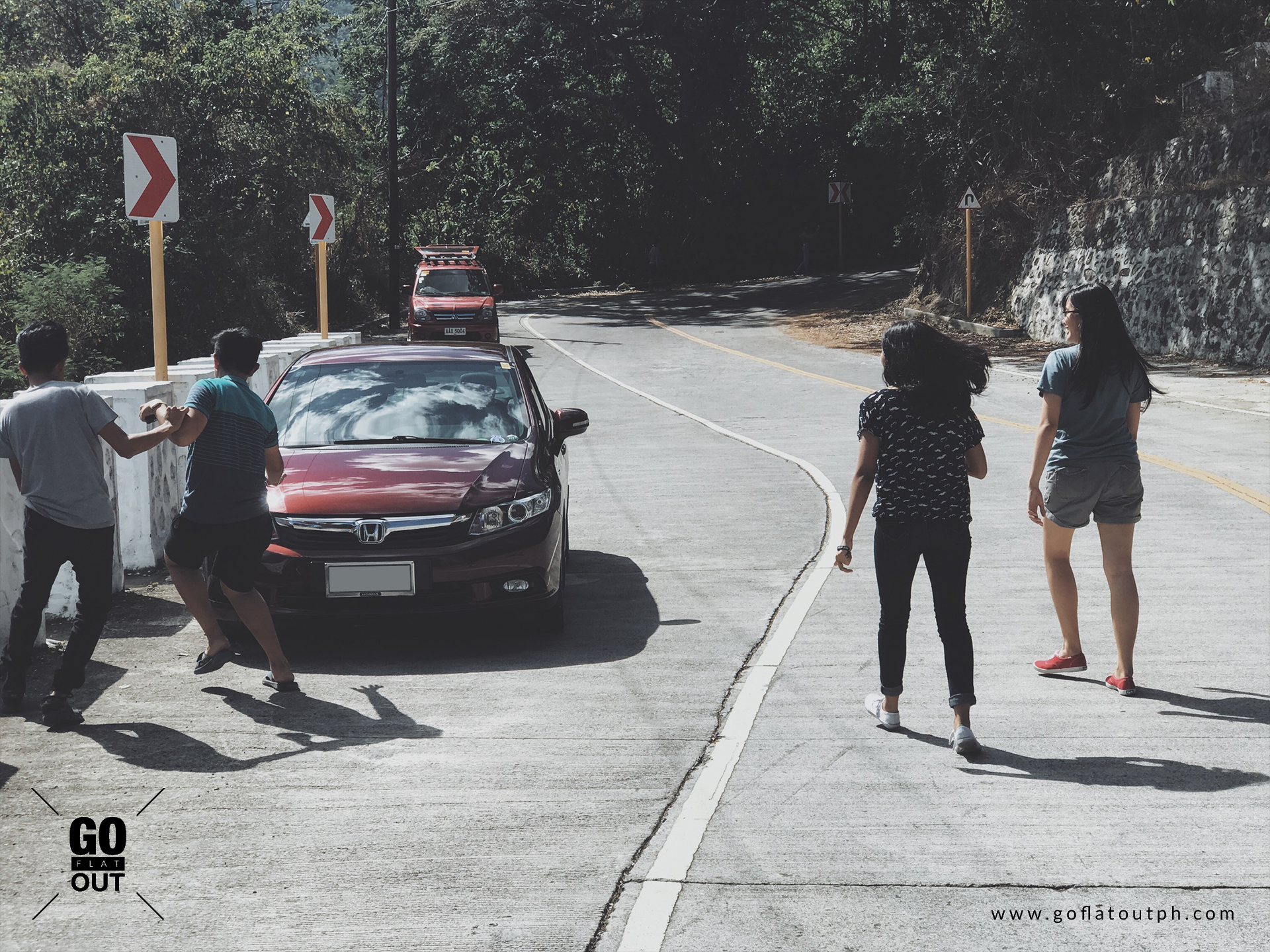 Tagaytay-Talisay road is an extremely winding road that pierces through the lush forests along the sides of Tagaytay’s cliffs. As it follows the contours of the cliff, the road is loaded with a variety of hairpin turns, blind corners, and gentle curves. If you’re looking for a road that brings out your inner Takumi Fujiwara, this is it. My partner, a 2012 Honda Civic 1.8 EXI, was a willing companion. It was spacious enough for 5 people, and it has a good balance between comfort and sport, aided by the fact that I had my tires just replaced, a capable set of Michelin Pilot Sport 3s.

It is extremely weird for me to only realize this road’s existence, especially since I live within Ayala’s Nuvali area in Sta. Rosa, Laguna, where spontaneous trips to Tagaytay with friends are the norm. Passing through the road offers drivers and passengers a breathtaking view of Taal Lake, and as the lake’s view becomes closer and closer as we inch toward Talisay, Batangas, we stopped multiple times along the way to either take a selfie or take a photo of the magnificent view of Taal Lake.

As a matter of fact, it isn’t just the lake that’s pleasing to look at. The road, with its rock carved mountain sides, lush trees, and daunting steep drops at the road’s edges, the road offers a mix of beautiful and nerve wracking views, depending on the intensity of a person’s fear of heights.

Once you arrive at Talisay, Batangas, you’re met with a breathtaking view of Binintiang Malaki, the closest view of the dormant cone anyone could get without taking a boat. Contrary to what most people know, Binintiang Malaki is not Taal Volcano itself. This cinder cone actually formed due to an eruption in the 1700s, and is now an inactive crater. All volcanic activity has since migrated to the main crater in the middle of Volcano Island.

There is a famous resort in Talisay called Club Balai Isabel. If you further want to see more breathtaking views of Taal Lake, staying in this resort will afford you unlimited views of the lake, as the resort is situated within the shores of Taal Lake. The resort recently opened an inflated aqua park, right by the water of Taal Lake. It’s a resort well worth checking out, plus their prices are affordable, too.

We headed on to Laurel, Batangas. Though not exactly part of our trip, we decided to explore more, since our main goal is to visit Twin Lakes anyway but through a more picturesque, alternative route. Passing through Laurel, Batangas, we did not regret the decision at all, as the roads leading out of the town of Laurel are just as good as Tagaytay-Talisay road. There are plenty of curves as well, ranging from hairpin turns to gentle curves, and again, just like Tagatay-Talisay road, we stopped multiple times along the way, because the view is once again spectacular. Unlike the shorelines in the towns of Laurel and Talisay, the roads here are close to the shoreline, which means the view is unaltered by any human development. The view, if any, is much more pristine at this spot than in Talisay due to the different plants along the roads and shorelines, though some of them can obstruct the view out of Taal Lake.

This roadtrip is completely unplanned, as we only decided to visit Twin Lakes, and it’s a decision we do not regret. If you want to visit the road too, here are details on the road’s exact location from Tagaytay.

0 comments on “Road Trip: A Driving Nirvana In The South Of Manila”