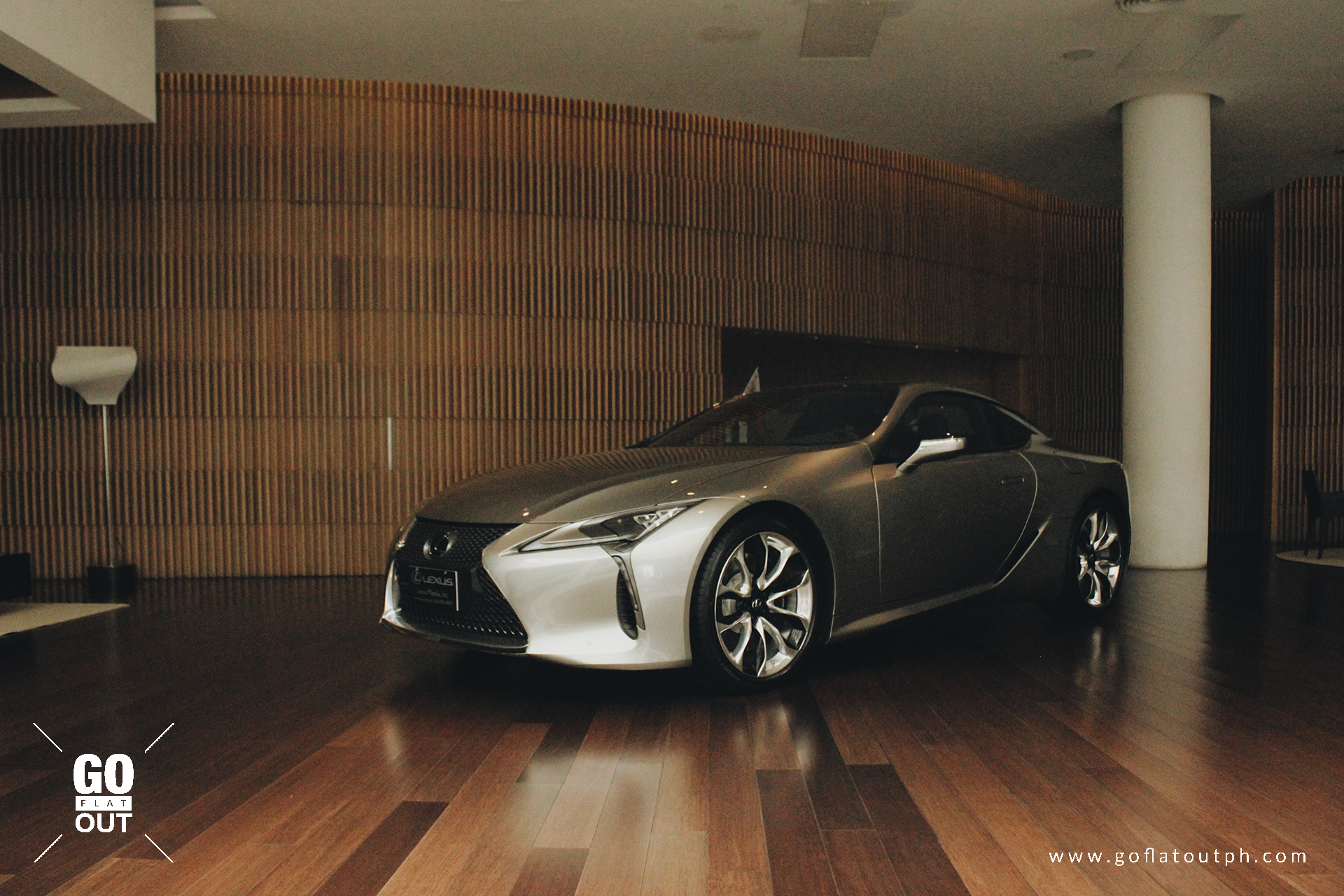 The Lexus LC 500 is Lexus first oray into the GT segment. For those who are unaware, GTs, or grand tourers, are 2-door cars that have seductive styling, comfortable but somewhat sporty driving dynamics, and is practical enough to be driven for long distances across countries or continents. GTs are not sports cars, per se, though they do offer a certain level of athleticism in the driving experience.

The Lexus LC is a completely new car for Lexus, but unlike the LFA supercar, which was only accessible only if you had the same social status of Angelina Jolie, the Lexus LC is much more attainable, rivalling in terms of price the BMW 6 Series, but providing the level of desirability of an Aston Martin Vantage, or Maserati GranTurismo.

Compared to the Lexus LF-LC concept car that premiered in 2012, the Lexus LC is almost unchanged from that radical coupe in terms of exterior and interior design. It possesses that seductive GT form, wide, low, and long. It’s a car that has supreme presence unlike anything on the road. The three LED headlamp cluster is an engineering marvel, as its compact design has enabled the Lexus LC to have such short front overhangs, maintaining the concept car’s proportions. The silver C-pillar design piece is inspired from Japanese swords, Lexus quotes. The rear, meanwhile, has all elements pushed outward of the car, the most striking feature being the three-dimensional LED tail light design. When turned on at night, it looks like a tunnel of light, clearly unlike any other tail light design in the industry today.

Inside, the driver is treated to one of Lexus’ best interiors to date. A multi-layered dash dominates the interior, and everything is wrapped in soft, silky smooth leather and alcantara. Lexus likes to brag about how much care has been emphasized by the takumis (that’s what you call the engineers of Lexus) when building this interior by hand. The driver and passenger areas of the cabin has been divided into “zones”, wherein many of the functions are readily available to the driver, while the front passenger’s area is more simple. An 8-inch TFT LCD gauge cluster gives the driver an opening ceremony upon starting up the vehicle, a continuation of the gauge design of the Lexus LFA. Dominating the center of the dash is a large 12.1 inch display that houses the Lexus Remote Touch Interface, and it includes navigation and other online streaming services. Everything is controlled by a laptop-style touchpad, and while it looks cool, in practice, it’s very frustrating to use.

On sale in the Philippines is the LC 500, which is powered by a 5.0 liter V8 from the RC F and GS F, but is uprated slightly to 471 hp and 540 Nm of torque. It is a naturally aspirated unit, which means it’s a very responsive engine, not hindered from any turbo lag, or superchargers. More importantly, it also means it emits a snarly sound that’s more Italian than Japanese, which your neighbors will enjoy hearing. God save the naturally aspirated engines.

The Lexus LC is claimed to be the most dynamic Lexus ever since the Lexus LFA, and in an engineer’s standpoint, it seems to be it. All around, there’s an independent multi-link suspension, while the front utilizes a double-jointed design, enabling the engineers to place the suspension lower into the car, providing a lower center of gravity to aid handling. Due to the independent suspension, ride quality is promised to be best in class, too, without compromising handling.

One of the highlights of the Lexus LC new platform called GA-L, which also underpins the recently revealed Lexus LS flagship sedan, and future RWD (rear wheel drive) cars of the brand. The GA-L’s highlight is its ultra-rigid chassis, which Lexus claims is even stiffer than the carbon fiber chassis of the Lexus LFA. This is due to the strategic use of lightweight, high-strength steel in the platform along with special braces in the engine compartment, the adoption of aluminum front suspension towers and the addition of a ring structure near the rear fenders. Lexus says the LC 500 has a 52-48 weight distribution to the front and rear axles, respectively. This is partly thanks to the use of composites and high strength steel in the rear, and relocating the car’s battery to the rear in order to keep the car’s weight distribution balanced.

From our first impressions, the Lexus LC looks to be one of the best cars Lexus has made in a long time, and from a design perspective, we do think so too. It’s the best looking Lexus to date, and the most athletic Lexus to date since the Lexus LFA. The thing is, is it one of the most compelling cars to date? Well, we hope to get our hands on one soon enough, and so stay tuned to Go Flat Out to keep yourselves updated. In the meantime, listen to the snarly growl and see the seductive design of the Lexus LC 500.