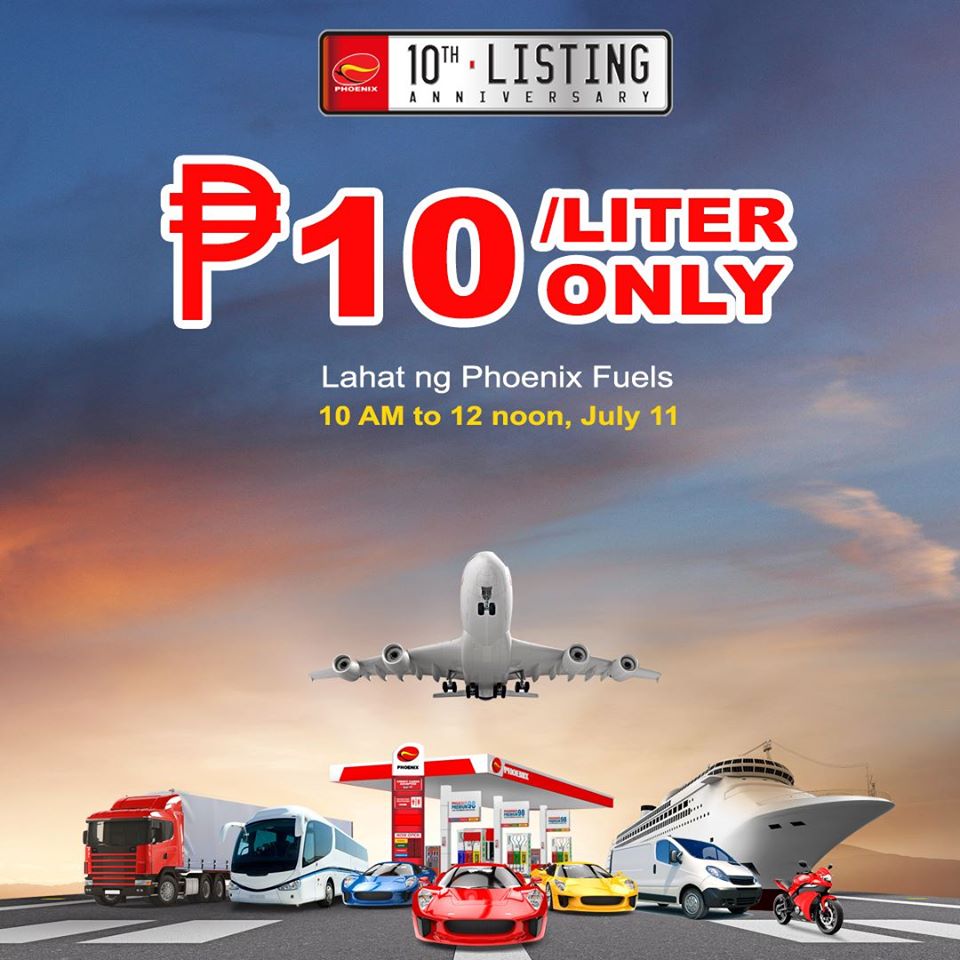 This is why it’s not an entirely good idea to treat fuel as if it’s a heavily discounted Starbucks Frappucino unless you place a heavy amount of limitations to it. People forming long lines are normal when a new iPhone is coming out, or a heavily discounted Starbucks Frappucino is on sale, but imagine that intensity on a product that everyone deems as a necessity in their life, and instead of people lining up for it, you see cars. Hundreds to thousands of it, forming queuing lines stretching even beyond 3 kilometers on each end of the road. This is what happened today at the Phoenix petroleum station here at the Sta. Rosa-Tagaytay Road, where it is one of the 76 out of 515 Phoenix stations to offer the P10 per liter promo.

P10 per liter is insanely cheap, and since fuel is a basic commodity, no wonder it’ll create this much chaos, but creating this much chaos is too much. Add that to the fact that many Filipino drivers are undisciplined, which means cutting in line and counterflowing, it is certainly a recipe for extreme traffic. Worse is the fact that it affected business operations in the area, whether it be transport or not. No, we’re not talking about the operations of their rival petroleum companies, which I think is Phoenix’s objective anyway as a competitor, but the operations of fast food eateries, repair shops, offices, and many other businesses have experiences less customers due to the traffic this promo created.

The promo is supposed to run from 10 AM to 12 noon, but as it stands, intense traffic is still there outside our village as I type this, and so far, there’s no sign of subsiding yet.

Now, there’s nothing wrong with promos like this. P10 per liter is insanely cheap, but the participating Phoenix stations must be prepared to handle an insane amount of vehicles coming in, and as much as possible, minimizing the inconvenience this will cause to the public. Most Phoenix gas stations had subpar to poor queuing systems, lines formed in inappropriate places, such as in the gates of villages, in front of restaurants, blocking customers from getting in and out of the place, and the like.

Of course, in social media, there are mixed reactions, with people complaining about the traffic, including a tricycle that let off their passengers early and refunded their fares as well, due to their inability to further push through traffic, and there’s those who were happy from spending less money in filling up their cars.

What do you think? Is the P10 per lilter promo a good thing or a bad thing? Let us know in the comments or through this poll.

0 comments on “Phoenix’s P10 Per Liter Promo Created So Much Traffic, It’s Causing Inconveniences To Other People”