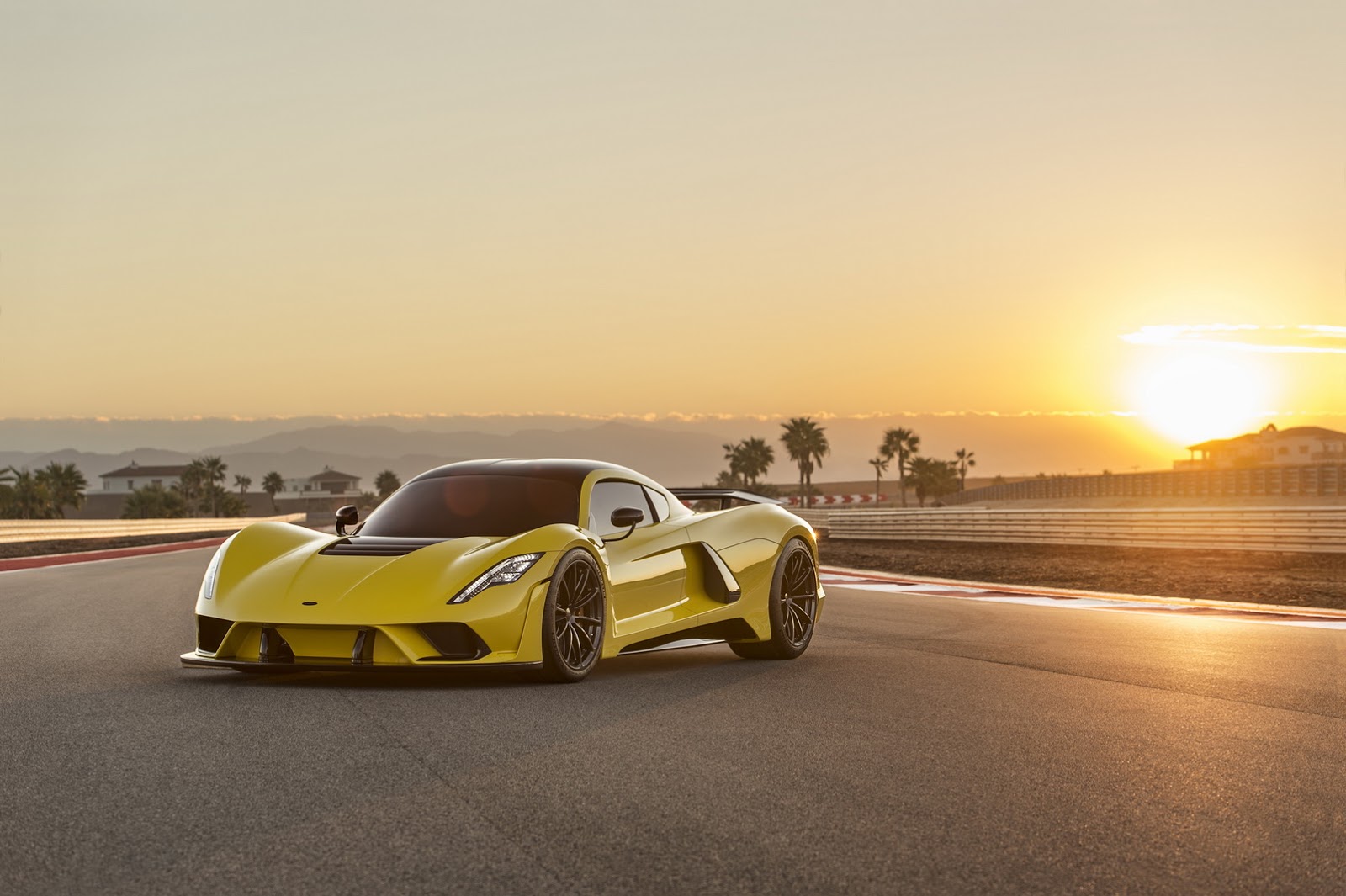 Hennessey’s all-new hypercar, the Venom F5, is the successor to the famous Venom GT. While the Venom GT was essentially a Lotus Elise injected with an insane amount of steroids, the Venom F5 is a completely new design from the ground up. This has been done in order for the Venom F5 to achieve the lowest possible aerodynamic drag.

The Venom F5 has been developed by Hennessey Special Vehicle with clearly one goal in mind, to be the fastest road legal car in the world. “We expect the Venom F5, named for the most powerful tornado speed winds on the Fujita scale, to be the first road car capable of achieving more than 300 mph and have worked closely with Pennzoil to get us across the finish line.” said company founder and CEO, John Hennessey.

The Venom F5 is powered by a heavily modified, GM-sourced, twin turbo LS V8 engine, pumping out an Earth-shattering 1,600 hp. This massive amount of horses are all sent to the rear wheels via a 7-speed single clutch paddle-shift transmission. Combined with the fact that the Venom F5 weighs merely 1,338 kg, has a low drag coefficient, is is enough to take this car from 0-100 kph in 2 seconds flat, and from 0-300 kph in 10 seconds dead, making the Venom F5 accelerate faster than even an F1 car. 0-400 kph and back to 0 can be achieved in under 30 seconds, which is even faster than the Bugatti Chiron’s time of 42 seconds.

And of course, you’re going to ask us how much is all this insanity? It’s at an equally insane price of US$ 1.6 million, of course. Only 24 cars will be made, further adding to the Venom F5’s desirability in the future.