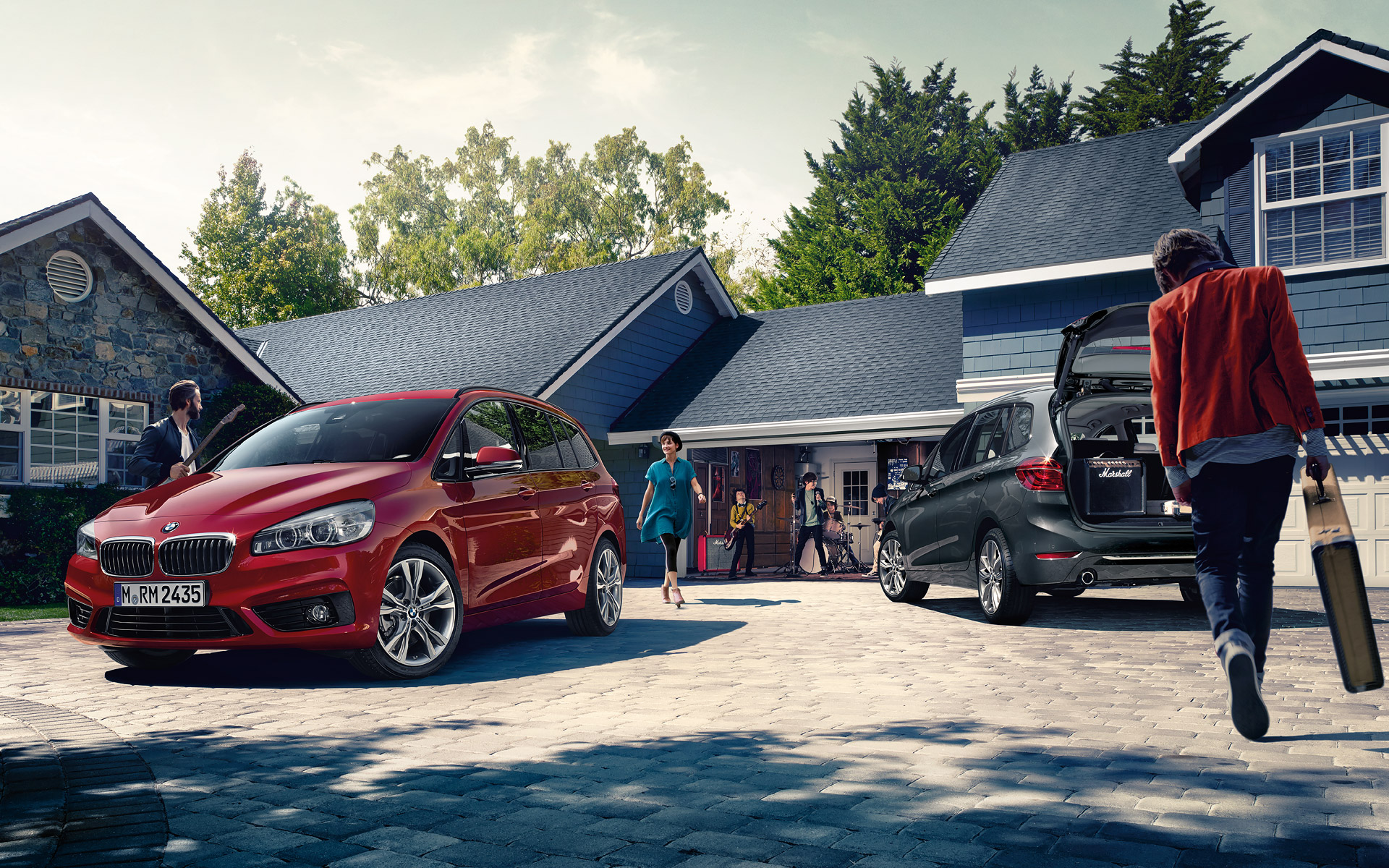 Saying the words BMW and MPV in the same sentence is as strange as saying Lamborghini and SUV in one sentence. Oh wait, never mind. Even the Italian supercar company is jumping into the crossover SUV bandwagon. What’s next, Rolls-Royce is now going to make an SUV, too? Oh wait, dammit! They’re soon going to release one as well. Adding to that insanity is BMW now making a people carrier that’s also front wheel drive, everything that the company was never known for, and two years after it was released at the 2015 Geneva Motor Show, it has finally reached our shores.

Inside, and the BMW 2 Series Active Tourer is highlighted by its very good practicality. The dashboard layout is almost unchanged from the 2 Series Active Tourer, and its dashboard is dominated by the free standing center display for the iDrive infotainment system. BMW emphasizes the practicality of its second row of seats that can be individually folded and adjusted fore and aft for greater flexibility. Based on the pictures, those thin third row of seats are mainly designed for children or adults you’d like to punish to death. When not in use, these third row seats can be folded deep into the floor, providing 560 liters of space. Fold the second row seats, meanwhile, increases that to a van-like 1,820 liters, impressive for its size. That practicality and ease of use is further complemented by the standard electronically operated hands-free trunk.

Powering the BMW 2 Series Gran Tourer is a single choice petrol engine. A 1.5 liter, 3-cylinder, turbocharged and direct injected petrol engine that’s also used in the base Mini Cooper. It produces a healthy 136 hp and 220 Nm of torque. Mated solely to the excellent ZF 8-speed automatic transmission, it enables this compact MPV to spring from 0-100 kph in 9.8 seconds.

The BMW 2 Series Gran Tourer is priced at P2.790 million, and if you’re interested, you can visit any BMW dealer nationwide, or witness the MPV on one of their series of BMW Roadshow mall tours. After touring Power Plant Mall, they will now be visiting Lucky Chinatown Mall on November 10-12, SM Mall of Asia on November 16-19, and Alabang Town Center on November 24-26.