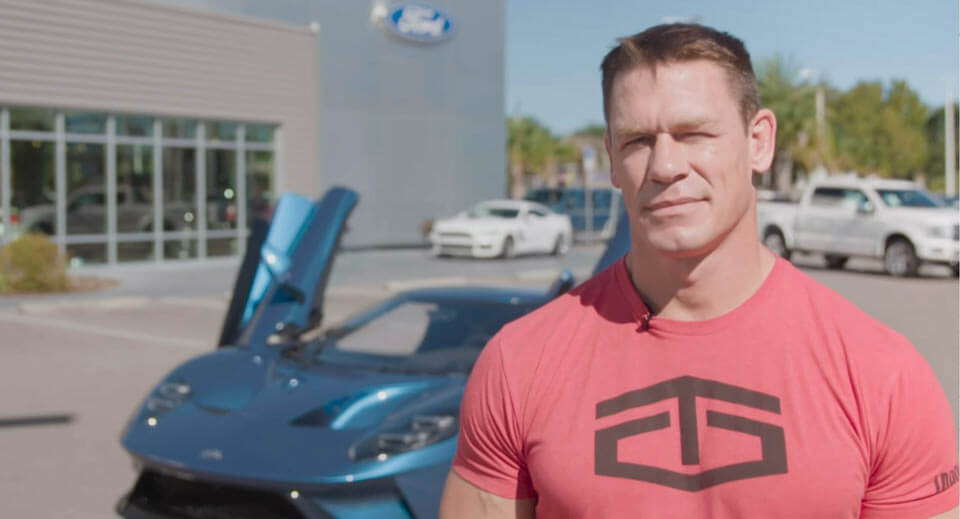 Ford’s rare GT supercar is a rare bunch, and only 1,000 will be made. It’s so hard to purchase a Ford GT, Ford will scrutinize you really well before they decide if you deserve to be in one of the 1,000 cars allocated. One person in the Philippines managed to be lucky though, and that is business mogul Carlos Gono, who owns Autoplus Sportzetrnium, and also owns a Ford GT.

It’s no surprise then, the Ford is suing John Cena for supercar ‘flipping’, a business model of selling rare cars at above MSRP prices, as we have mentioned in the Civic Type R article where some Filipinos are profiting from the car. John Cena is being sued due to violation in his contract wherein he needs to keep the car for at least 2 years before selling it.

“After being selected from thousands of applicants for the opportunity to purchase the Ford GT, Mr. Cena flipped his vehicle shortly after taking delivery of it, despite his agreement with Ford to maintain ownership of the vehicle for 24 months”, says in the complaint filed by Ford.

“Upon information and belief, Mr. Cena has unfairly made a large profit from the unauthorized resale flip of the vehicle, and Ford has suffered additional damages and losses, including, but not limited to, loss of brand value, ambassador activity, and goodwill due to the improper sale.”

John Cena admitted he did sell the Ford GT, along with some other property to pay some bills. What the heck those bills are, we don’t know, nor how it managed to become so high that he needed to sell so much. He did say that “I completely understand and as stated am willing to work with Ford to make it right. My sincerest apologies.”