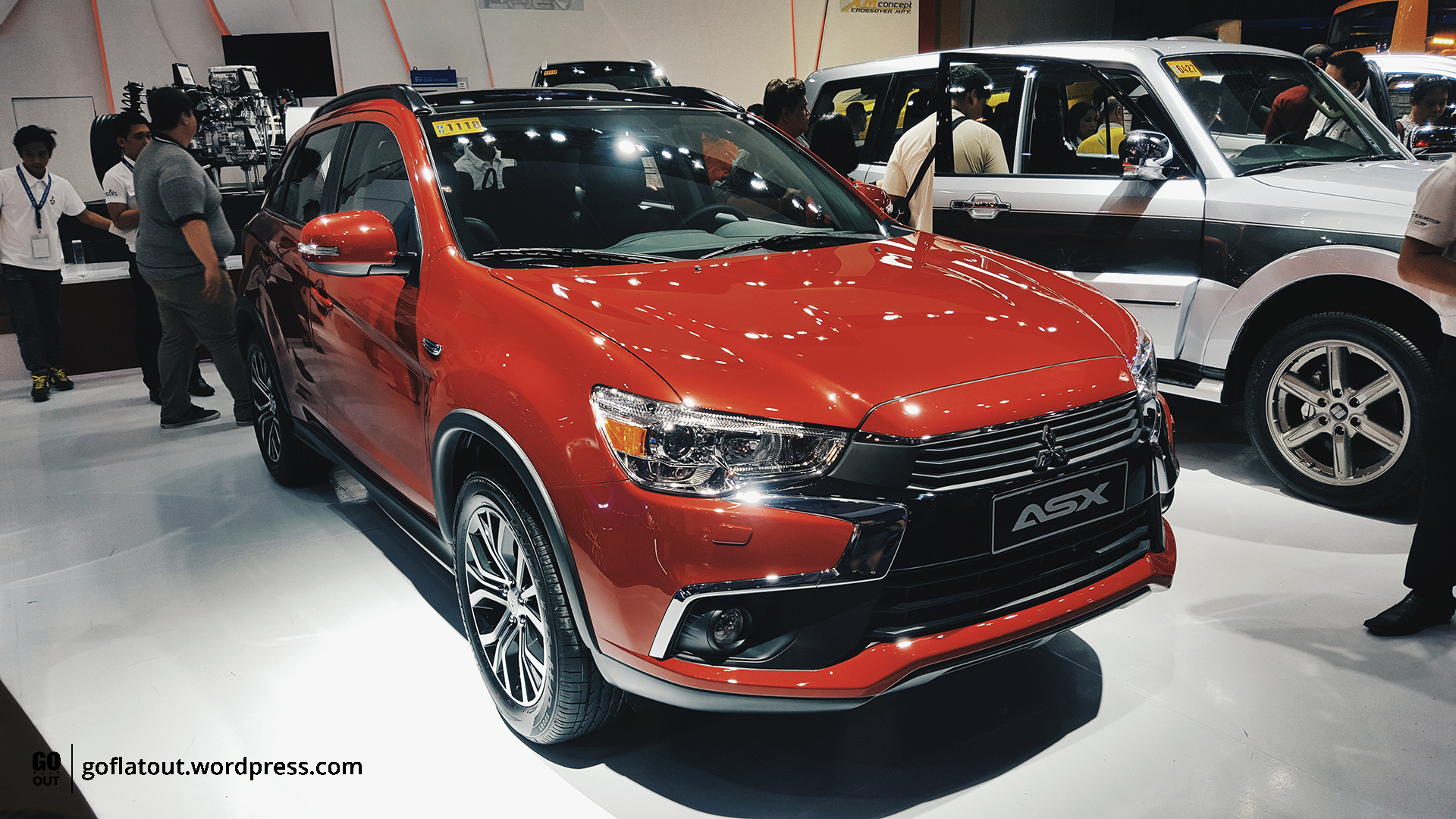 The Mitsubishi ASX has been facelifted, which now carries the brand’s “Dynamic Shield” design language, and the design is further amplified by the 18 inch alloy wheels.

Inside, the changes are very minor, with only revision to the seat material and steering wheel design as noticeable changes, and minor equipment changes.

It seems that it really is the face that receives changes, because in the powertrain department, it carries over from the previous ASX. Still powered by a 2.0 liter 4-cylinder petrol engine that produces 150 hp and 197 Nm of torque, and is mated to a CVT, the only transmission choice.

Perhaps the most headline-grabbing cars at Mitsubishi’s booth are the Outlander PHEV and the XM Concept that premiered at the GAIKINDO Indonesia International Auto Show last month.

The Outlander PHEV you see here is the facelifted version, which carries Mitsubishi’s “Dynamic Shield” design language, and makes the compact crossover look very sleek and futuristic. The case is the same with the XM Concept, but concept cars always look very cool, and we certainly hope that the production MPV it’s previewing will follow the design very well.

The pricing for the facelifted Mitsubishi ASX are as follows.