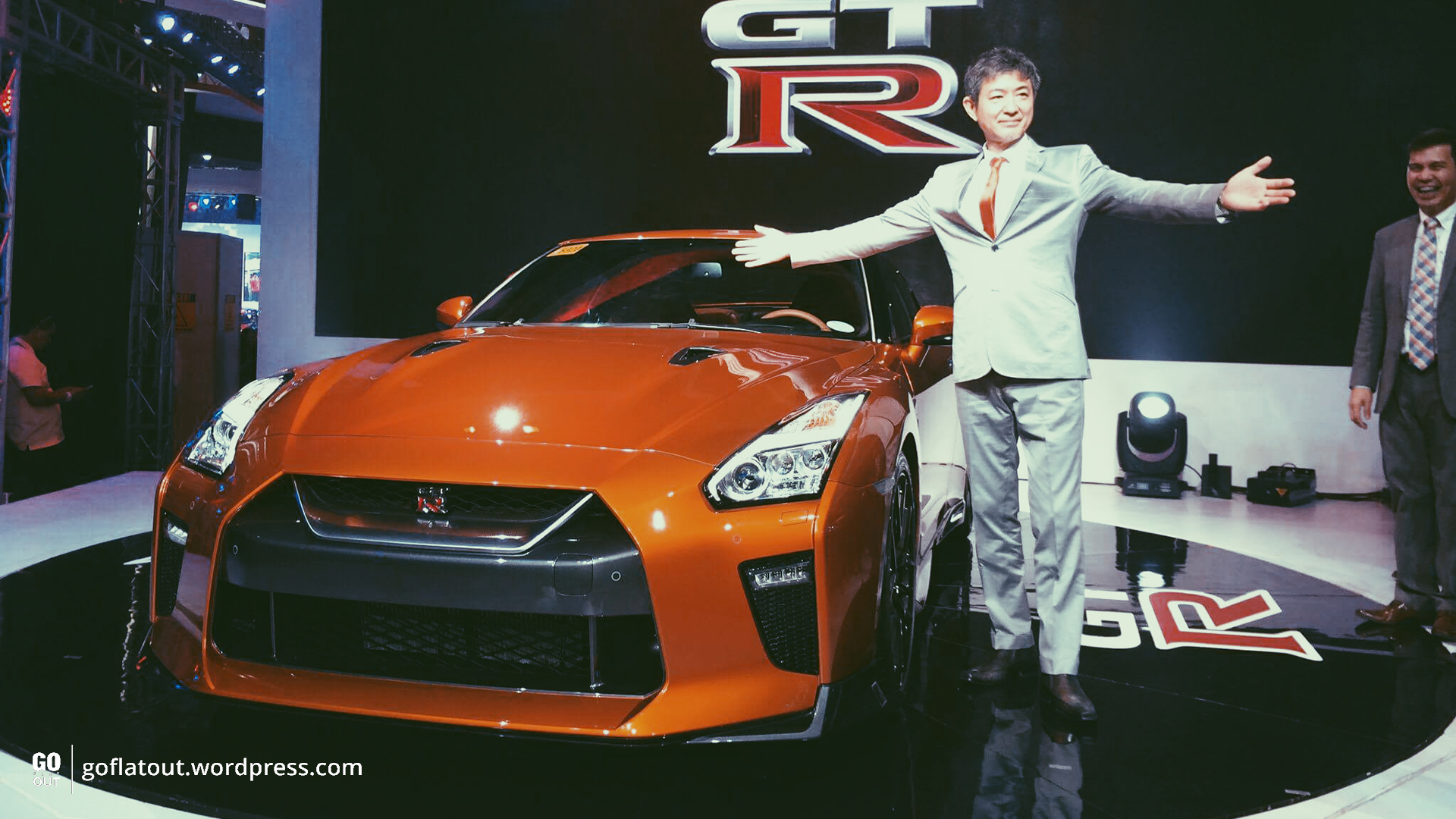 The Nissan GT-R is a technological tour de force. Priced at a fraction of its equally capable rivals, it has put even Lamborghinis and Ferraris to shame, with its grippy AWD system, intelligent electronics, and potent turbocharged V6 engine. The Nissan GT-R is known by the world over, and it has a cult following, even here in the Philippines, where countless Nissan GT-R from gray market vendors have long existed. Finally, Nissan Philippines has decided to officially bring in the Nissan GT-R, in its 2017 facelifted guise.

Each year since it was launched 10 years ago, the Nissan GT-R has seen incremental improvements that in that 10 year time frame, the Nissan GT-R has been able to keep up with the ever intensifying competition. Just years before the R35’s successor will be released, Nissan has done more than just changes under the skin, because it actually has made considerable changes to the GT-R’s skin. There are now LED headlights with LED daytime running lights just above the vents up front, a revised front end, now carrying Nissan’s V-motion signature grille. The sides and rear carry even more subtle changes, with only a revised side skirt and rear diffuser that aids aerodynamics and creates downforce. The rear lights have a new signature graphic, which are now done in thinner LEDs.

Inside, the changes are a lot more pronounced. The entire center console has been revised, adding a new 8-inch touch screen in the process, with revised graphics for the car’s interesting stats, which has a G-force meter, turbo pressure gauge, oil temperature gauge, and other data. Answering criticisms from past GT-Rs, the interior is now a more premium place to be, with the interior being wrapped in plush Nappa Leather.

As with every year, there are changes that are made skin deep. Addressing complaints from past GT-R wherein the ride was too harsh and the car was unrefined, the springs have been softened a bit, but not at the expense of handling. Active Noise Cancellation and Active Sound Enhancement has been added to the Titanium Exhaust, so that the GT-R can be quiet when you need it to, and loud when you want it to. Acousting glass and added sound deadening in key areas further improve the GT-R’s refinement. The GT-R’s twin turbo 3.5 liter V6 engine gains 20 hp from last year, now producing 565 hp and 645 Nm of torque. The torque curve is now flatter, which enables the GT-R to have more torque on demand whatever the situation.

Priced at P7,350,000, the Nissan GT-R is very competitively priced, as it is priced less than half of its chief rival, the Porsche 911 Turbo and Turbo S. The GT-Rs are made in Japan, and due to its 3.5 liter twin turbo V6 engine, it is covered by JPEPA, therefore there are no tariffs imposed in the GT-R.

Meanwhile, under the shadows of the GT-R is the facelifted Nissan Altima. Perhaps not receiving as much attention due to the GT-R’s presence, the Altima is still a commendable midsize executive sedan. It now gains Nissan’s V Motion grille, with the boomerang shaped LED daytime running lights together with the HID headlights, and hightening the Altima’s new found sporty character is its all black interior. The Altima drops the 3.5 V6 variant, opting for a lone 2.5 liter petrol engine that produces 180 hp and 243 Nm of torque. Power is sent exclusively through the front wheels via Nissan’s XTronic CVT. New to the Altima is Active Understeer Control, which is a torque vectoring technology that makes the Altima even more agile through the corners.

Upping the Nissan Altima’s luxury, it is fitted with a Bose sound system, sunroof, and power seats. For all this, Nissan is asking P1,745,000 for the facelifted Altima.