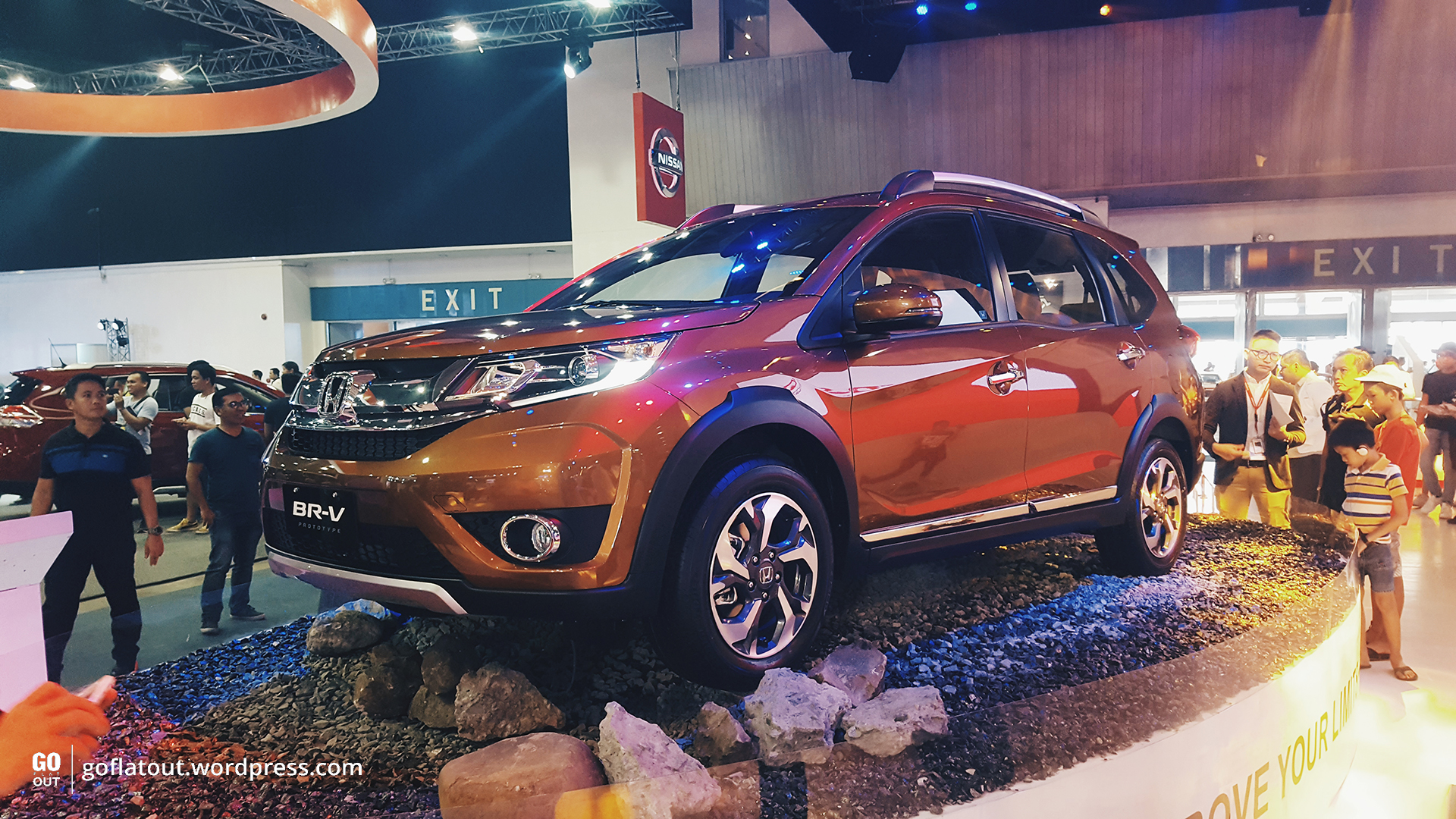 The Honda booth at the 2016 PIMS is catered towards “Joyful Future Journeys”, a theme that is centered around a joyful future with innovative and fun to drive cars. The theme starts off with the all-new Honda BR-V seven-seat crossover.

The Honda BR-V is based on the Mobilio, in which both cars are designed primarily for developing countries. The BR-V is Honda’s answer to the growing crossover trend, but adds the flexibility of 7-seats, and the interior space of an MPV, all in a relatively small footprint. The design is clearly based from the Mobilio, but with slightly revised design cues that carry what is called the “Active Solid Motion” design theme. In other words, it’s a Mobilio that looks tougher and sleeker, with body cladding and 201 mm ground clearance, emphasizing its “rugged” nature (don’t go off-roading with this car). The 1.5 V model is adorned with projector halogen headlamps with LED guide lights, while the rest is the same in both 1.5 S and 1.5 V variants.

Inside, the design is somewhat differentiated from the Mobilio (and Brio) by having a more modern and angular design. Both variants have a nicely designed interior with decent material quality inside for the price. The 1.5 V gains the luxury of leather seats, Honda’s touch screen Display Audio system with Garmin-based navigation and smart key with push button start.

The Honda BR-V is powered by Honda’s 1.5 liter SOHC i-VTEC engine, which is the same in the City, Jazz, and Mobilio, producing 120 hp and 145 Nm of torque. As ever, it is mated only to an Earth Dreams CVT. All variants are well equipped with safety features, such as ABS with EBD, VSA, and Hill Start Assist.