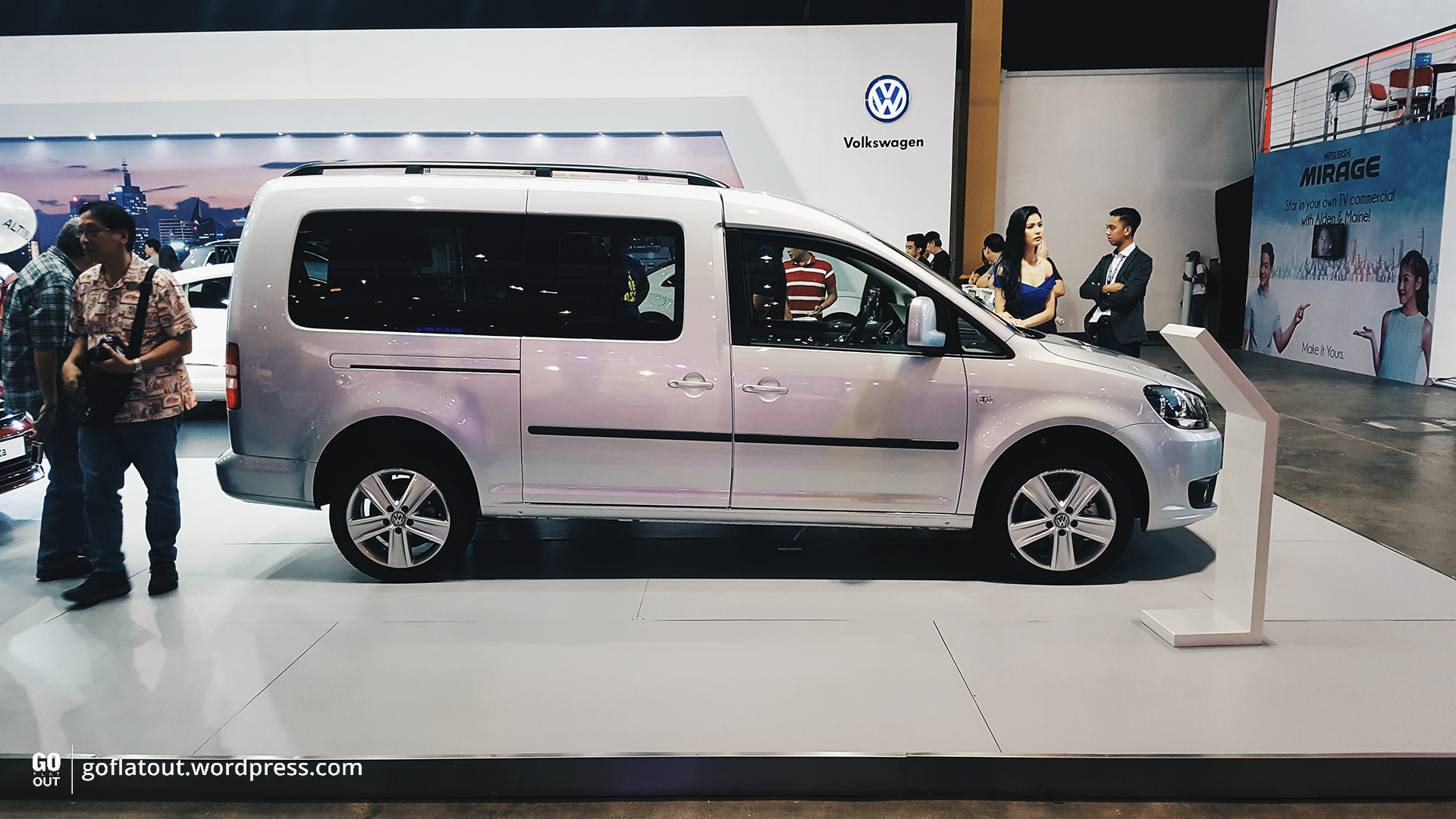 Volkswagen has launched 3 new cars at the Philippine International Motor Show, and their most attention grabbing car is not what you expect. We’ll start with the 2 that grabbed the least attention, but it’s quite the opposite for us petrolheads here at Go Flat Out, though.

The first car we’ll talk about is the Volkswagen CC. Based from the previous generation Passat, the Volkswagen CC, formerly the Passat CC, has been completely separated from the Passat moniker because Volkswagen aims for higher aspirations with this midsize sports sedan. Immediately noticeable is its frameless doors and coupe-like roofline, which basically dictates this is a so-called “4-door coupe” that the Germans oh so love. Further solidifying its proposition as a “4-door coupe” is its 4 seater layout, which means that while it could actually seat 5 people, for the sake of being called a “coupe”, Volkswagen forcibly made it less practical. Differentiating its powertrain from the Passat is its 2.0 TDI diesel engine that is Euro 5 emissions compliant. It produces 177 hp and 280 Nm of torque, and is mated to a 6-Speed Dual Clutch transmission.

As it is based on the previous generation Passat, it lacks some of the current Passat’s toys, such as the Volkswagen Active Info Display, which is similar to VW’s sister brand Audi’s 12 inch Virtual Cockpit TFT LCD gauge display, ErgoComfort power driver’s seat with massagers, and the very premium interior that the current Passat possesses. It’s still a great looking interior though, and with a front double wishbone suspension and rear multi-link independent suspension, ride and handling should be top of the class. Aiding the driving experience are features such as Adaptive Chassis Control, Electronic Differential Lock, Engine Drag Torque Control, and Electronic Stabilization Program. The Volkswagen CC retails for P2,850,000

Next is the Volkswagen Golf GTI Oetingger Edition. Sounds aggressive, perhaps? Well, not really. Oetingger is one of Volkswagen’s major aftermarket tuning companies, but the Oetingger treatment has been purely cosmetic.

Lightweight 19 inch alloy wheels shod in 225/40 R19 tires, an aggressive bodykit with a 4-pot muffler treatment are the headlining treatments to this Golf GTI. Other than the matte black wrap done by Foilacar, the Golf GTI Oetingger edition’s internals are unchanged from the standard Golf GTI, which means its 2.0 TSI petrol engine still produces 220 hp and 350 Nm of torque, and by internals, we also mean the interior is also unchanged. The Golf GTI Oetingger Edition retails for P2,918,511.16 with the kit costing P628,511.16, separately.

Ready to find out what the most attention grabbing car in Volkswagen’s booth is? It’s this car, errr… van.

The Volkswagen Caddy Maxi is Volkswagen’s most attention grabbing car at this year’s Philippine International Motor Show. Based on the Golf Mk V’s (fifth generation) platform, the Volkswagen Caddy, on paper, should prove to be a hoot to drive, given that the Golf platform is an excellent blueprint to start with in terms of driving dynamics.

Thanks to its raised roofline, the headroom inside the Caddy Maxi is generous, which gives enough room to create overhead storage bins, akin to an aircraft’s cabin. Perhaps to our opinion, it doesn’t do its looks any favors, since it really does not look sexy or macho to our eyes, but then, we’re not the target market for these types of vehicles. Inside is typical VW, but perhaps not for the interior plastics, though, as the materials are hard and scratchy feeling, giving hints to what the Caddy Maxi’s role in society really is.

With seating for 7, plus a host of flexible features such as the ability to remove the third row seats completely off the vehicle, the Volkswagen Caddy is a very practical option for families here in the Philippines, which is probably why the Volkswagen Caddy is the most head turning car at Volkswagen’s booth at the show. Volkswagen’s touch screen infotainment system is standard on all variants, and provides crucial information and entertainment options.

0 comments on “2016 PIMS: Volkwagen Launches 3 New Cars, Most Attention Grabbing VW Is Not What You Expect”