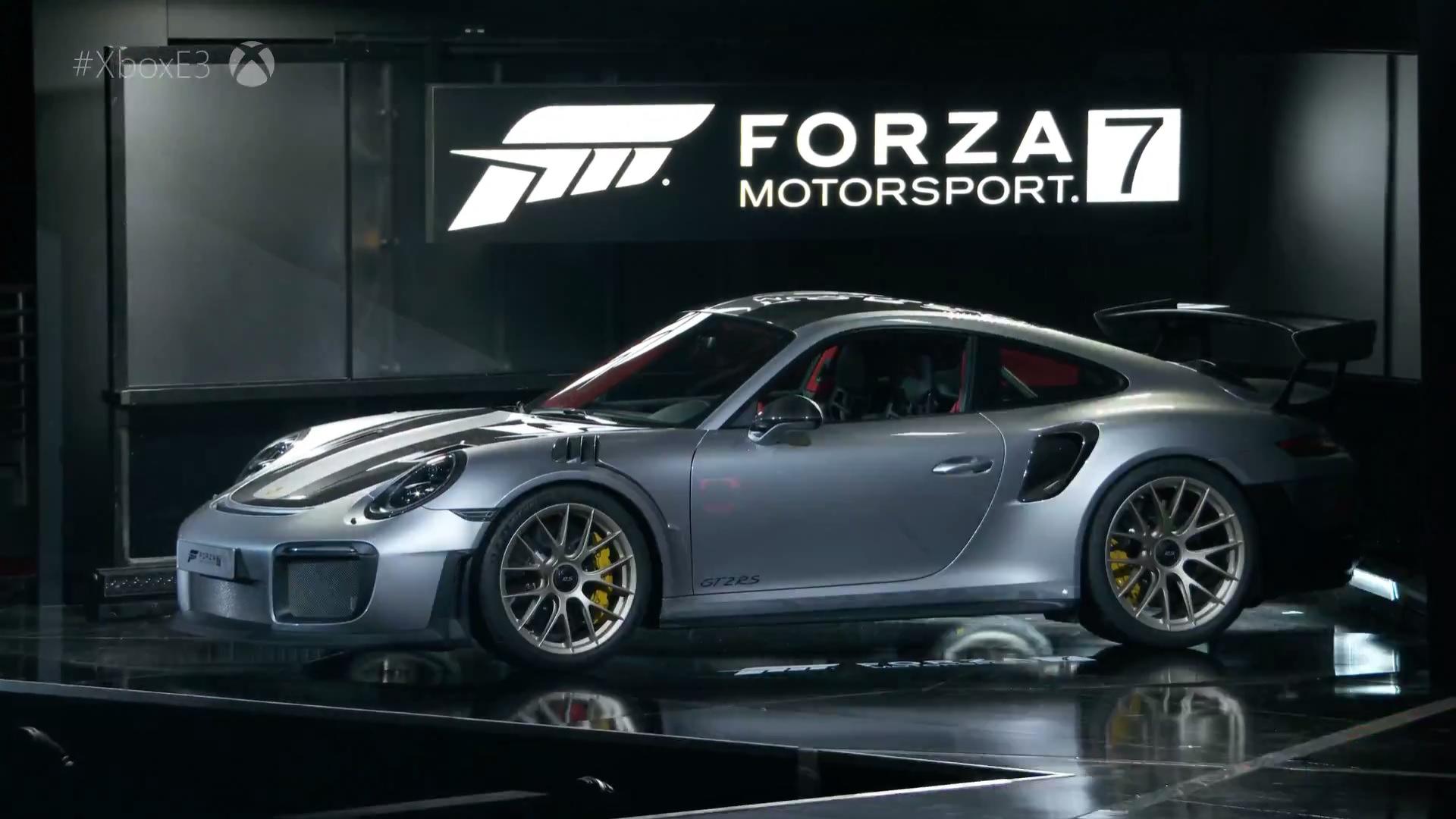 The new addition to the Forza line up has just been launched at E3, and it’s where Porsche also pulled the wraps of its all-new, all-bonkers Porsche 911 GT2 RS. Why at E3? Because the GT2 RS is the cover car of the new Forza 7.

Forza 7 has been tailor made to take advantage of the newly released Xbox One X, which is set to rival the PS4 Pro. Xbox One X’s highlights include a 2.3 GHz octa-core CPU, a Radeon GPU, which enables up to 6 teraflops of graphics processing power, and 12 GB GDDR5 RAM, with 9 GB of its usable by games. If you’re looking for a console with the power to match or even to a certain degree, outmatch a high-end gaming PC, this console is it.

Because Forza 7 has been developed alongside Xbox One X, the graphics are hyper realistic, the car’s wipers even wobble at high speeds. Plus the water droplets, every single one of it, even sticks to the car, and you can see every droplet in the car as well.

The weather system is realistic, too, with puddles building up as the rain keeps pouring, and not just spontaneously appearing at some point during the rain. Outside temperature also affects different variables of the car, such as tires getting easily worn out when racing in extremely hot Dubai.

Key to a racing game being completely immersive is its equally amazing sound. The cars have been carefully matched to their real life counterparts, and the genre of the background music changes are you progress through the game. Background music in the menus have also been engineered in such a way that if you’re modifying your car in the garage, it’ll sound like it’s coming from a radio, but if you’re in the car selection menu, the sound will mimic those from in a stadium, as you see your character standing on stage. Overall, the developers have not just engineered engine and environmental sounds, but also the music.