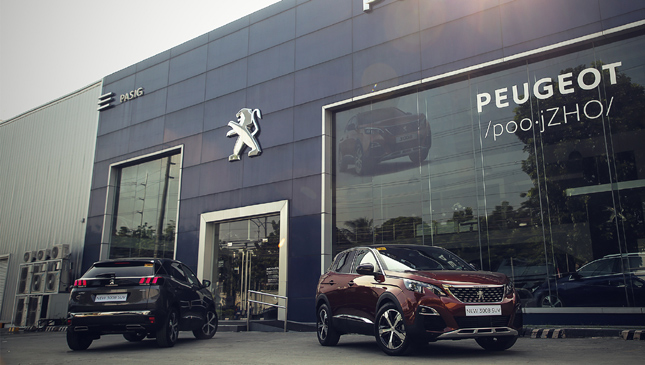 The stylish French SUV, which was once an excellent and versatile vehicle that sat between being an MPV and SUV, arrives in the Philippines 1 year after its debut at the 2016 Paris Motor Show. Now in its second generation, it fully embraces its newfound identity as a crossover SUV. It’s a rival to the Honda CR-V, Toyota RAV4, Volkswagen Tiguan, and Mazda CX-5, or is it?

For starters, the looks. And oh my goodness, those looks. The design is somehow concept car-like, with its swooping lines, curvaceous contours, and a nice mixture of different colors and textures. It’s a look that’s sure to attract many people all over. It has a floating roofline that’s highlighted by chrome trim in order to showcase the roofline’s shape. Only variant will be sold for now, and that is the GT Line, which comes equipped with full LED headlights with sweeping LED turn signals, snazzy 18-inch alloy wheels, and the trademark three-claw LED tail lights that have now become part of Peugeot’s design language.

The Peugeot 3008 is the first vehicle to have Peugeot’s latest generation of its iCockpit design. iCockpit is Peugeot’s interpretation for an interior design philosophy that’s centered towards technology and design that’s mainly focused towards desirable design, user friendliness and intuitive technology integration, and it starts with the standard 12.3-inch TFT LCD gauge display, which replaces your traditional gauge cluster. Also standard is an 8-inch touchscreen infotainment system that contains MirrorLink, Apple CarPlay, and Android Auto as standard. The main highlight of this interior, however, is it’s flowing and bold design, further emphasized by the use of varying textures and materials in the dashboard. Like the exterior, it feels like a concept car inside, but like how iCockpit was meant to be in the first place, the interior is user friendly, and doesn’t overwhelm the driver with loads of buttons and cluttered screens.

Thanks to the EMP2 modular platform, the new Peugeot 3008 is claimed to be 100 kg lighter than its predecessor, despite being longer (4,447 mm vs. 4,365 mm), and wider (1,841 mm vs. 1,837 mm), though it is slightly lower (1,620 mm vs. 1,639 mm). Wheelbase has grown considerably, now 80 mm longer than its predecessor, giving the new 3008 more passenger space. Trunk space is also up by 90 liters, now at 520 liters. Powering the all-new, lighter body is a one-choice only 1.6 THP turbocharged, direct injection petrol engined, producing 165 hp and 240 Nm of torque. Power is sent through the front wheels via an Aisin-sourced 6-speed automatic. Despite being the SUV it’s trying to be, AWD is not available, even in markets outside the Philippines, as even Peugeot knows crossover buyers don’t fully utilize their cars’ AWD systems.

As we all know, Peugeot is not a premium brand, but its distributor, Eurobrands Distributor Inc., which is a company also related to Asian Carmakers Corporation (BMW) and Columbian Autocar Corporation (Kia), is trying to push Peugeot as a premium brand in the Philippines. Whether that strategy will work in the long term remains to be seen. As for now, the Peugeot 3008 GT Line is priced at P2,590,000, and according to reports, the first batch of Peugeot 3008s to be sold in the Philippines have all been spoken for. There’s a long waiting list to begin with, not just in the Philippines, but globally as well, as the 3008 has been proved to be a global success, especially since it has been the first SUV to receive the 2017 European Car Of The Year award.