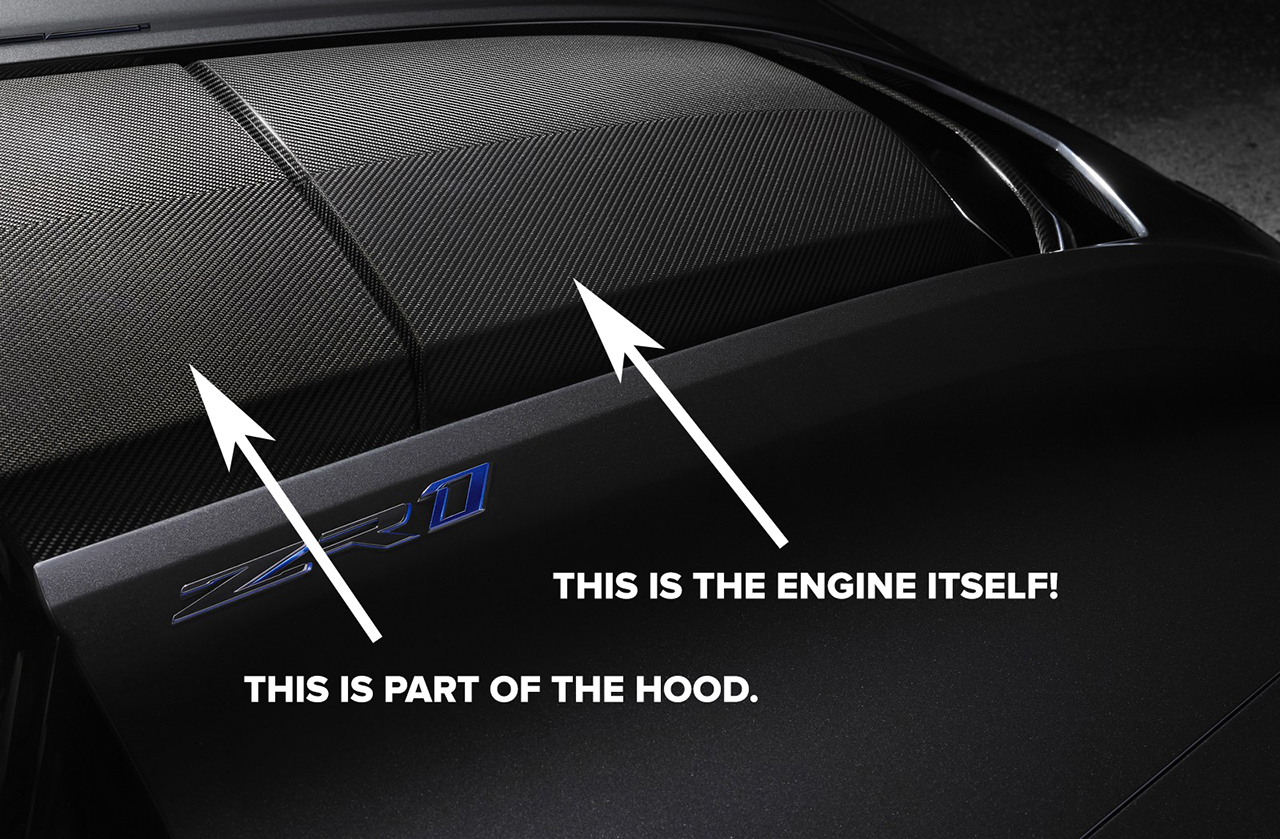 Have you seen the all-new 2019 Corvette ZR1 lately? You see that the car has so much carbon fiber going on, right? Well, we have some interesting piece of information for you.

The hood of the car isn’t what you think. Because it’s not actually one whole solid piece. If the car’s hood is closed, you may think it’s one whole piece, but if you open it, you’ll see this.

While it’s not the first time for Chevrolet to do that, having first seen that design in the C6 generation ZR1, the one in this C7 ZR1 is even bigger. Unlike the C6 ZR1 which had a transparent design where you can see the supercharged engine itself, many people didn’t like the design detail, so Chevrolet decided to cover it instead in an old-school shaker style carbon fiber scoop that we love so much. As you accelerate or rev the engine, you’ll see that part of the hood shake or vibrate, as like what we said, is already the engine itself. The supercharged engine is so huge, it’s also 3 inches taller than the actual hood.

Chevrolet even went to multiple lengths to make the hood and engine scoop have the same weave pattern, so if you close the hood, you’ll see that the weave of the two separate parts line up with each other. Now that is attention to detail that I’m pretty sure unless you read our article, you may not even know this.

0 comments on “The 2019 Chevrolet Corvette ZR1’s Engine Is So Huge, 1/6th Of The Hood Is The Engine Itself”